Yesterday, we looked some of the reasons why globalisation and free trade are not the saviours of poverty for us that the West pretends. They are in fact a sledgehammer being used by foreign commercial and financial interests to keep Africa in economic submission. 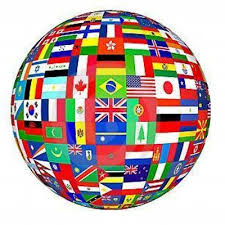 Today, we will look at more reasons why this is so. And you will see they are one of the major reasons who extreme poverty is still the norm in Africa when it could have been eradicated years ago.

The theory is that, as your business develops, you will then be able to pay your workers more and thus lift them out of poverty. In practice, this won’t happen because the minute you try to pay your workers more, your customers will just go to another company or another country which is charging less than you. So you can’t increase your workers’ wages, and what you are really doing is locking them into not just poverty, but abject poverty.

For example, the world is applauding Ethiopia for its “initiative” in developing a fast-developing textile, clothing & footwear manufacturing trade. This may be good news for the country and its manufacturing bosses, but what is happening to its workers?

To find that out, let’s look at the history of textile, clothing & footwear manufacture. Originally, many European and African nations had their own thriving, home-grown industries. And their workers were well-paid by local standards.

Then China and Bangladesh (and other developing countries) came out with dramatically lower costs, just by paying their workers what can only be described as slave wages. Result: widespread destruction of the European and African textile, clothing & footwear manufacturing. Yes, the general public benefited greatly from being able to buy much cheaper clothes and shoes, but it was at the cost of huge unemployment in Europe and Africa in those particular trades.

Then China and Bangladesh start to pay their workers more. So now what happens? Ethiopia steps in and takes trade off them by paying its workers only US$1.32 a day (which, by the way, is well below the UN and World Bank’s threshold of $1.90 a day). Ethiopia and its industry bosses will do very well out of this (but the workers certainly do not), until a point when it wants to pay its workers more.

Then another country will step in and take Ethiopia’s trade by cutting workers’ pay. This will put Ethiopia’s workers out of work. The bosses will be OK because they will generally be the ones who move their manufacturing out of Ethiopia and to the new country.

So what the Law of Comparative Advantage actually does is create a cycle of never-ending abject poverty with manufacturing moving to ever-cheaper countries. This is called The Race To The Bottom.

The other side of the Law of Comparative Advantage is that if you are good at producing high-value technically advanced products, then that is what you will specialise in. In practice, the only countries able to do this are wealthy ones. So what actually happens is that, as a backward nation, you are swapping low profit products that keep your workers in abject poverty for high profit ones from the wealthy nations that can pay their workers well.

Japan understood this very well when it came under immense pressure from the USA to open its borders after World War II. The Japanese government told the USA it was not going to be consigned to exporting tins of tuna to the USA in exchange for Cadillacs. Instead, it put up barriers to importing American cars to give its automobile industry (at the time virtually non-existent) a chance to develop. The incredible rise of the Japanese car industry is history.

Agenda 2063 has learnt the vital lesson of protectionism to allow Africa’s domestic industries to develop, which is why it focuses on building up an African financed, owned and led business-base, and wants to heavily reduce its reliance on globalisation.

If African nations want the living standards of their citizens to rise, they, too must learn from the experience of Japan, China and South Korea. However, the big problem there is either incompetence (they don’t know what to do, so they just accept the story of globalisation), or corruption: a large part of their illicit fortunes come from supporting foreign commercial and financial interests.

Even if this is true for weak nations that want to develop their GDP (although that is debatable), it is certainly not true for their workers as we have seen.

Where wealthy nations are concerned, it is true for them and their higher-end businesses. But it is definitely not true for companies specialising in lower-end products, or their workers.

That is because it is not a level playing field when the laws of developed nations prevent them from competing on labour costs against nations that have no minimum wage – or have one but don’t enforce it, as hardly any developing nations do. So labour-intensive companies and those dealing in lower-end products are forced to sack their workers and either take their manufacture abroad or go bankrupt. On balance, wealthy nations can and do benefit in GDP terms, but at a big cost to their workers.

We have already seen this is definitely not true where weaker trading nations are concerned. Yes, the owners of some manufacturing businesses can do well out of it. Yes, globalisation and free trade produce jobs and someone who earns nothing will grasp at the opportunity to earn US$1.90 or $1.32 a day. But that doesn’t get them out of poverty – in fact, nowhere near it.

And what it does not do is put them into a system where their standards of living will steadily rise and keep rising. And that is the system everyone should be concentrating on.

In the long run, it may not even be “win-win” for wealthy nations. It is true that all of them achieved their huge wealth via globalisation. But the cracks are already starting to appear for them. Once a developing nation like China or South Korea can get itself into a position of having the expertise to produce technical products, it can suddenly forge ahead for the simple reason that, as it pays its scientists, designers and engineers very much less than developed nations do, it can put a lot more manpower into product development.

The other problem that is already reaching an advanced stage in the UK and USA is a rapidly widening gap between rich and poor. The rich are getting richer at a rate that often far exceeds increases in GDP. In contrast, the wages of workers is not only stagnating, the incidence of poverty is increasing year by year, as witness what can only be described as a dramatic rise in food banks and increase in starvation among children. We saw earlier how the Race to the Bottom affects developing nations. This is how it affects developed ones.

And when workers’ pay reduces, this has a knock-on effect to middle class incomes as well, as is happening. The only people to benefit, and they benefit out of all proportion, are those at the top income level.

Up to now, the USA has been the architect and biggest promoter of globalisation. Now, however, it intends to embark on a programme of selective protectionism. Love or hate President Trump, he has recognised that, while the affluent nations, the big multinationals and the ruling elite all do very nicely out of globalisation, it can be very damaging to vast swathes of the working class, with serious consequences to the fabric of society.

For any supporter of globalisation and free trade, this is absolute proof that it is not what it is cracked up to be. In some situations and under some circumstances, it may be a good thing. But not in all.

The sooner all Africa realises that their only route out of poverty and into wealth – in fact, their ONLY such route – is via an African financed, owned and led business-base, just as Agenda 2063 is proposing, the sooner they will start to progress rapidly to a Western-quality lifestyle.