JOHANNESBURG - It seems South Africans will have to wait a little longer to find out why Grace Mugabe was granted diplomatic immunity. 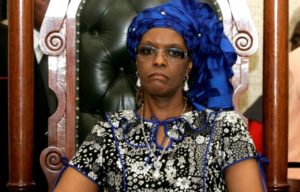 The Department of International Relations said it had escalated the matter to Parliament.

Parliamentarians didn’t fare any better in getting clear answers.

Deputy President Cyril Ramaphosa told MPs during his monthly Q&A session that it’s the first time they have utilised this type of convention.

“In the end there needs to be a clarity, the clarity there is on this matter is not full and complete,” he said.