The Zimbabwe Peace Project condemns an incident of intra-party violence that occurred at the MDC-T offices in Bulawayo on 6 August 2017. A yet unverified number of youths barged into the meeting disrupting it and in videos that have gone viral some people are seen being assaulted and there is blood on the floor. 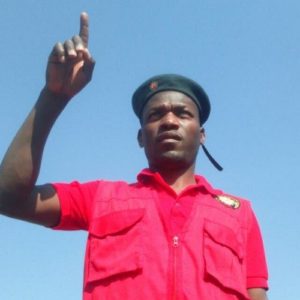 The facts are that youths affiliated to MDC-T President Morgan Tsvangirai disrupted a meeting that was being held by the party’s Vice President Thokozani Khupe. Secretary-general Douglas Mwonzora confirmed that there had been a disruption of the meeting but denied that officials were assaulted.
The incident comes a day after a fuction where a number of opposition leaders signed a Coalition agreement. At the signing ceremony,MDC-T youth leader Happymore Chidziva said that President Mugabe  has no monopoly to violence.
Other notable MDC-T officials havealso posted on social media appearing to celebrate the disruption of the meeting. Intra party conflict could heighten tensions and potentially mar the 2018 elections with political violence.
The ZPP condemns in the strongest terms all acts of political violence and political intolerance. All citizens including those that belong to the same political party have the right to differ.
The ZPP believes political party party leaders hold the key to usher a peaceful election in 2018 and also urges political parties to avoid inflammatory statements on public platforms such as rallies or social media. The MDC-T has to shake off the history of perpetrating violence against those within it who hold different views. In the past Ambassador Trudy Stevenson and Elton Mangoma have been victims of this kind of violence. The MDC-T is implored to urgently investigate and take action against those involved in this dastardly act of political violence.

ZPP is a Non Governmental Organization that was founded in 2000 by a group of faith based and human rights NGOs working and interested in human rights and peace-building initiatives. ZPP has become a vehicle for civic interventions in times of political crises. In particular, ZPP seeks to monitor and documents incidents of human rights violations and breaches of peace. If you are concerned about acts of violence in your community, ZPP encourages you to get in touch with us on Hotline and Whatsapp numbers +263 774 883 406 and +263 774 883 417
Tollfree 08080199