Amid speculation that President Mugabe may call an early election in March to wrongfoot the opposition, the Election Watch organisation has shown that the mooted polling date could not be achieved if the proposed Biometric Voter Registration is used. 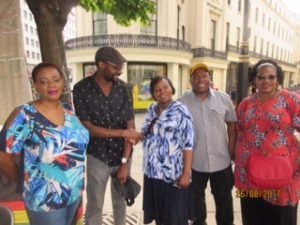 Amid speculation that President Mugabe may call an early election in March to wrongfoot the opposition, the Election Watch organisation has shown that the mooted polling date could not be achieved if the proposed Biometric Voter Registration is used.

Election Watch calls on the Zimbabwe Electoral Commission (ZEC) to make alternative arrangements so that at least an updated and cleaned up existing voters’ roll is available for inspection. It warns that without a completely credible voters’ roll there cannot be a credible election next year, whether in March or any other month.

ZEC has consistently said it intends to produce a completely new voters’ roll using BVR. But the exercise has not yet started and the Election Watch report will heighten opposition fears that ZEC will once again be unable to produce an acceptable voters’ roll, opening the way for another rigged election.

The approach of the election has been accompanied by a sharp fall in the value of bond notes, with no end in sight to the queues of people trying to withdraw their money from banks. The bond note fall is shown by the widening gap between the Old Mutual’s share price on the Zimbabwe stock exchange and the price of the shares in Johannesburg and London. Worse news is expected to confirm that this year’s government budget deficit may exceed half the budget.

A further dose of reality came with the publication of a report ranking Harare as one of the worst cities in the world in which to live. The Economist Intelligence Unit looked at a 140 cities and rated Harare in the last ten, among worn-torn capitals like Damascus and Tripoli.

Try ‘rebranding’ that Tourism Minister Mzembi! You could start by clearing up Mugabe’s litter . . .

FOR THE RECORD: 30 signed the register.