Cape Town-The International Relations and Cooperation portfolio committee has resolved to call in Minister Maite Nkoana-Mashabane to update MPs on the events that led to Zimbabwean first lady Grace Mugabe leaving the country. 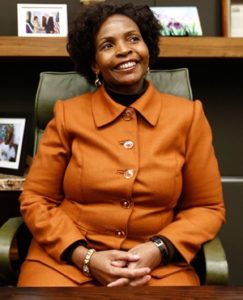 The committee held a workshop on Wednesday with department officials to discuss national issues on the agenda this term.

A letter written on Monday by Democratic Alliance MP Stevens Mokgalapa requesting the minister be summoned was added as an urgent item. Inkatha Freedom Party MP Mkhuleko Hlengwa had also written a similar letter on Monday.

The multi-party committee resolved unanimously at the workshop that Nkoana-Mashabane will appear, Mokgalapa told News24 on Wednesday.

In a statement on Wednesday, he said Nkoana-Mashabane had a case to answer in her decision to grant diplomatic immunity to Mugabe.

“The First Lady’s diplomatic immunity application was only made after assault allegations had been made against her by 20-year old South African, Gabriella Engels.

He said South Africa could not be treated as a “playground for international criminals”, and that international relations could not justify “trampling on the rights of people”.

He called on committee chairperson Siphosezwe Masango to ensure a date for the meeting was scheduled as soon as possible.

Nkoana-Mashabane on Sunday said she had “agonised” over her decision to grant Mugabe diplomatic immunity following claims she assaulted a South African model in Sandton last week.

Masango told News24 on Monday that Nkoana-Mashabane acted within the law according to his reading of section 7 of the Diplomatic Immunities and Privileges Act.

“The matter is quite straightforward… A minister, if there is an absence of agreement between two countries, can grant immunity to an organisation, an agency or a person.

“In this instance, she granted this to a person. The minister has also acted in the best national interests of the two countries.”

Section 7 of the Act says those are the requirements for the Dirco minister to grant an organisation, an agency or a person immunity, he said.

Mugabe was accused of beating Engels, a model, on August 13 at a Johannesburg hotel where her two sons were staying.

Engels said she sustained deep cuts to her forehead and the back of her head. She registered a case with the police the next day alleging assault with intent to do grievous bodily harm.

Mugabe returned to her home country on Sunday morning.