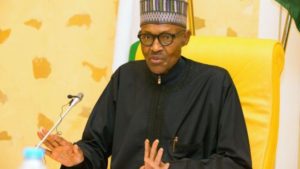 President Robert Mugabe, who frequently receives treatment in Singapore, had left the meeting of health ministers when Dr Motsoaledi made the comments.

Mr Mugabe’s spokesman has said that the president’s doctor “is not only Zimbabwean, he is actually black… He is very, very, very black”.

George Charamba made those comments to Zimbabwe’s state-run Herald newspaper in May, insisting that President Mugabe was not turning his back on Zimbabwean medical help.

“We are the only continent that has its leaders seeking medical services outside the continent, outside our territory. We must be ashamed of that.”

“This is called health tourism. We must promote our own,” he added.

He has been praised by South Africans for using public hospitals instead of private facilities.

It was the elephant in the room as over 30 of Africa’s health ministers met to discuss strategies to tackle the continent’s public health problems.

When Dr Motsoale made the comments in a plenary session, his remarks were met with silence from the other member states represented.

Dr Motsoaledi admitted his position is a controversial one, but added that it needed to be said.