As Zimbabweans commemorate Heroes Day, it is always disturbing when a certain section of society hold the nation at ransom, demanding that they be respected and even rewarded for 'sacrificing' for our freedom. 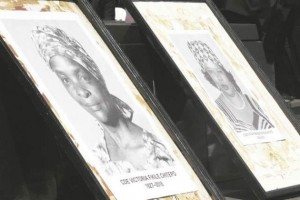 Does true sacrifice demand recognition, or is recognition given voluntarily as a token of appreciation?

I am reminded of an event that occurred when – at the age of 10 years, and could not swim – I nearly drowned in a swimming pool at Zisco Club in Redcliff, and was rescued by one Target Maphosa – who was only two or so years older.

I am forever grateful to him for saving my life, and probably risking his own, as he was not a trained rescuer, but merely did it at the spur of the moment.

He truly sacrificed his life to save mine – as he was nearly 12 or 13 years old.

However, ever since that day, he has never mentioned that incident to me – probably, to no one else – and has never made me feel indebted to him.

That is a true mark of a genuine hero – and indeed, he is my hero.

I will forever be grateful for what Target Maphosa did for me.

Nevertheless, what we witness in this country is the complete opposite to Target’s true heroism.

There is a section of those that fought for Zimbabwe’s liberation – not all of them, as the majority actually reverted to their normal quiet lives after 1980 – who demand that they be recognized and be rewarded for their ‘sacrifice’.

This then ceases to have been a ‘sacrifice’, as their decision to be part of the liberation struggle appears to have been well-calculated as a means to power and wealth.

It would be no different if Target had jumped into the swimming pool to rescue me, with the covert intention of later demanding payment from me or my parents.

That would not have been a sacrifice.

The same is true with that section of our ‘liberators’ who have, since 1980, be demanding that we vote for them because they liberated us.

They have even made it clear that they would never relinquish power just because they fought for this country – and that the only people allowed to lead Zimbabwe should have liberation war credentials.

In the 1980s they even seriously mooted declaring a one party state, so that only ZANU PF could rule this country, since they considered themselves justified to be the only eligible rulers as they fought for our liberation – conveniently forgetting that there were also other players in the struggle, such as ZAPU.

They were even prepared to annihilate their fellow comrades in the struggle during Gukurahundi.

These same people who make the nation feel indebted to them have, since Independence, been the biggest oppressors of the people of Zimbabwe – making it difficult to distinguish between the colonizer and the liberator.

Human rights in Zimbabwe have been violated with impunity by those who demand to be recognised as our ‘heroes’.

What manner of sacrifice is that?

These very same people have felt justified in pillaging the country’s vast resources for their own aggrandizement just because they ‘sacrificed’ for this country!

In so doing, they have turned the very people they claimed to have ‘liberated’ into their slaves, who live in abject poverty, as the country’s wealth is in the hands of only a few ‘liberators’.

Is that what their ‘sacrifice’ was all about?

Is it then any wonder why some disgruntled suffering Zimbabweans – who have had enough of this – will say, ‘we never asked you to liberate us’, or ‘put  back the country where you liberated it from, then we will liberate it ourselves’.

I would have said the same thing if, for example, Target had made all sorts of demands on me – and even abused me – just because he rescued me from drowning.

In fact, the people who truly sacrificed for the liberation of this country have never made noise about it.

Most of them are still living silently in poverty – never making demands on anyone.

Whilst others have made a success of themselves, due to shear hard work – as what they fought for was an equal playing field, not freebies and special favours.

Some of them were in the trenches fighting, whilst the majority were in rural areas, and others were town dwellers who were killed, imprisoned, tortured, restricted, and had their cattle slaughtered to feed those in the trenches.

Have these people ever clamoured for recognition?

Those are our true heroes.

Those are the people we respect and honour.

Who is ever talking about them, and rewarding them for all that they went through?

It is only the top ‘chefs’ who believe that they are worthy of all the recognition – a grossly hypocritical stance, as they contributed relatively little compared to those who truly bore the brunt of the struggle for Zimbabwe.

The very concept of different levels or classes of declared heroes betrays a warped view of these people’s psych.

That is why they can not adequately explain to the nation how these levels of heroes are determined – what is the criteria for a national, provincial, or district hero?

Most of those who demand recognition as our national heroes even had bodyguards during the liberation struggle – so what ‘sacrifice’ was that?

They even had houses bought for them in neighbouring countries to stay there in relative comfort.

They could even afford the luxury of marrying and raising families in the midst of the liberation war.

Whilst, those who suffered the most only had themselves to protect each other, lived hand to mouth, and lost their families…and their own lives.

Who then truly ‘sacrificed’ for the people of Zimbabwe?

The nation of Zimbabwe can no longer be held at ransom by a few misguided individuals, who demand recognition, respect, and be rewarded for this country’s liberation – as this can never be demanded but should be voluntarily given.