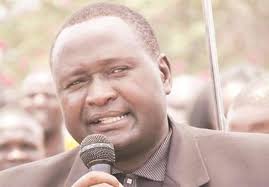 Mabika is alleged to have been continuously denouncing the ruling party’s slogan made by Mupfumi at public gatherings. In a suspension letter in possession of this publication Mabika was served with the prohibition order in terms of article 10 section 79(1) of the ruling party’s constitution.

Part of the order signed by provincial deputy chairperson Joseph Mujati, read: “You must forthwith desist from carrying out any party activities of whatsoever nature, including attending party functions until the disciplinary proceedings against you have been concluded. “On several occasions you have undermined the efforts of the party by interjecting with defamatory insults at the party and sitting Member of Parliament Honourable Esau Mupfumi.
You always discourage the Member of Parliament from using party slogan during meetings in his ward, suggesting that your ward has mixed parties, hence we ought to avoid pushing away people. You insisted that he must chant the slogan which says Pamberi neDevelopment and not Pamberi neZanu PF.”
Mabika could not pick his mobile phone when contacted for a comment. Zanu PF provincial secretary for administration, Kenneth Saruchera said he was out of town and he was waiting to be briefed about the issue.
However, sources at the paRty offices said Mabika was served with suspension letter. “The party felt short changed that a councillor would do that to an elected MP like Mupfumi. Mabika is a bad apple that needs to be removed from the party,” said the source.
Post published in: Featured