The problem in Zimbabwe is neither Mugabe nor ZANU-PF. Every nation in the world, no matter how ‘enlightened’, is always at risk of dictators and their followers. And the reason is there is and always will be an element in humanity that wants power at any cost, and is prepared to sacrifice the well-being of their own citizens to get it. These people exist in every nation. 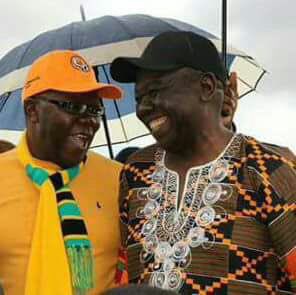 But they cannot get into power unless they can attract enough followers. And, sadly, these also exist in every nation.

Although they can be clearly seen in even the most advanced nations like the UK and USA, they thrive most where poverty and low education standards are the norm. And even more where there is some real or fancied internal division that a potential dictator can exploit to unite their supporters. In Africa’s case, these are primarily tribal or ethnic, but they can also be religious.

African nations are among the worst sufferers of all three in the world – poverty, low education standards and internal division. They are therefore at most risk to repressive, self-seeking governments that have little interest in getting their subjects out of poverty, and it explains why these are still the norm so long after colonialism ended. It is nothing to do with Black Africans being unable to govern effectively – as many Westerners think – because if any of their nations also suffered from poverty, low education standards and internal division, their governments would almost certainly corrupt and repressive as well. It goes with the territory.

So dictators and their supporters are simply a fact of life. It was what a nation does about them that matters.

If the right leader or leaders were to appear tomorrow, Mugabe and ZANU-PF would be removed from office literally within a few months. There would be no need to drag out the suffering of Zimbabwe’s citizens until the 2018 elections, especially as, if the vote goes against Mugabe and ZANU-PF, they are very likely to simply ignore it.

Who will these ‘right’ leaders be?

Above everything else, a leader has to be charismatic because no one follows a leader who isn’t. And the more charismatic they are, the more people will follow them. That is why activists and campaigners rarely become leaders – they have a message they really believe in, are passionate about, work very hard for and will even die for, but they lack the charisma to create a movement around them.

It is why academics even more rarely become leaders. They may be very good at analysing situations and telling other people what to do, but hardly any can do it themselves because they, too, lack the charisma to generate a movement.

It is also why few genuinely good people – by that I mean ones who genuinely care about their fellow citizens – become leaders. There is no shortage of good people who want the right thing for their nation. Church and mosque congregations are full of them, as are charitable organisations. But, again, few are charismatic enough to create a movement.

It is a rule of human nature that the more charismatic someone is, the more people will follow them. And it really doesn’t matter what their message is. That is why genuinely good people can fall under the spell of an evil dictator – it is the magnetism of character that entraps them, not the message. Hitler was a perfect example. Not every Nazi was evil – far from it.

Probably like almost everyone else, I originally thought that the followers of Africa’s repressive dictators – there are plenty of them – must also be evil. Many, yes, they know exactly what they are doing, and they are in it for what they can get out of it. But others support the regime only out of fear.

Of the remainder, when you get to know them, many are in fact good people who have become blind to the faults of the regime they belong to. When ZANU-PF is finally defeated, many of its members will look back in disbelief at what they did or what they supported, just as probably the vast majority of Nazis did.

So when we are talking about the ‘right’ leaders for a nation, it is not enough that they are charismatic. They also have to be people who will put the good of all citizens above their own agenda, their self-gratification or self-interest. This is where a question mark hangs over Zimbabwe’s current opposition political leaders.

It is very possible that the best opposition leaders for ordinary Zimbabweans, and for Zimbabwe itself, may currently not be in one of the political parties. They can equally come from the trade unions, or the business community, or from any of the campaign or civic organisations or (in Zimbabwe’s case) one of the Christian Churches which have been sadly lacking in leadership.

But wherever they are, Zimbabwe needs for them to step forward.

In fact, African politics has attracted remarkably few leaders who will work for the good of their citizens. This is why, when one government has been forced or voted out of power, it has almost without exception been replaced by another corrupt, repressive, self-seeking regime. And sometimes the new has been even worse than the old.

This is also why, although all African citizens could have been taken out of poverty and into Western-style affluence years ago, they have never had governments capable of, or interested in, doing that.

It is no good overthrowing a repressive regime, only for it to be merely replaced by another. This is why Arab Spring failed.

It is also why the opposition to Apartheid failed. People hail this as a victory for Black power. It wasn’t. It almost failed because of internal divisions (shades of MDC?), and only succeeded with the help of foreign intervention. And it has completely failed to take Black South Africans out of poverty and into the proper share of South African wealth that should have been the result. South Africa is still a very small White minority controlling a very large Black minority.

I hope I’m very wrong, but when Mugabe and ZANU-PF are defeated, my fear is of a repeat of a small, wealthy elite continuing to control the great majority of the population, instead of a government dedicated to taking all its citizens out of poverty and into Western-quality affluence as quickly as possible.