On the 5th of September 2017, the Institute for Community Development in Zimbabwe (ICODZim) in partnership with Southern Parliamentary Support Trust organized a half day training on Parliamentary Engagement and Petition Writing for 23 organizations from Masvingo Province. 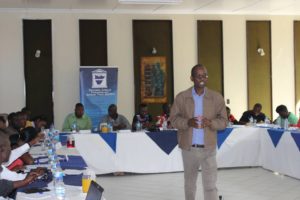 During the training participants highlighted that the timing and adverts for parliamentary consultative meetings were at times not clearly communicated with venues and times changing at last minute resulting in few citizen turnout. Failure to priorities national interest over party interest by politicians and political parties was highlighted as one of the biggest impediment for meaningful engagement between citizens and parliament of Zimbabwe.
During the training participants were urged to engage the Parliament of Zimbabwe in order to influence change rather than assuming that government is rigid without trying first. By the end of the training possible petition issues were identified and ICODZim will partner with some of the organizations to submit petitions on critical matters and issues affecting the people of Masvingo Province.
Post published in: Featured