Blasio Zivengwa Mavedzenge (better known simply as BZ) has tragically died following a car crash near Mashava. Another terrible loss in the global carnage of road traffic accidents, which claim 1.3 million people each year. And, after Sam Moyo, another brilliant person from our Zimbabwe land research community, robbed from us too early due to others’ reckless driving. 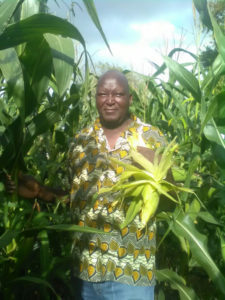 BZ has been a research collaborator and good friend of mine for 30 years. With many others, I am devastated by our loss. A constant source of sage, practical advice, with a deep knowledge of farming contexts, especially in Masvingo, BZ has been an inspiration on many fronts. Over the years, he has taught me so much, not least about how to do sustained, grounded research in rural settings.

I got to know BZ, and his close friend and colleague Felix Murimbarimba, in the mid-80s, when they were leading the Masvingo-based research of the Farming Systems Research Unit (FSRU), then part of the Ministry of Agriculture’s Department of Research and Specialist Services. Since then we have worked on many projects, and produced many publications together:  from early work on the impacts of structural adjustment on agriculture to work on drought and dryland farming (that ended up with the book, Hazards and Opportunities), work on soil fertility management, studies of crop-livestock integration and of course, since 2000, long-term research on the livelihood consequences of land reform. We also produced several film series together, and BZ’s skills extended to film narration, with his deep baritone voice providing the perfect commentary for the ‘voices from the field’ films.

BZ was no ordinary researcher. He did not have a string of qualifications after his name, no academic titles or positions. He was first and foremost a public servant, working for government from 1974 when he took his first job with TILCOR (now ARDA) to work on the Chisumbanje estate. BZ was born in 1947 in the depths of colonial rule. He grew up in Chirumanzu communal area, part of a chiefly family. He was educated, like his children, at the mission school, Gokomere, and later trained at a government agricultural training college, gaining an agricultural diploma.

From Chisumbanje, BZ went to Gokwe and trained as a cotton grader, and then joined the research department and worked at Matopos Research Station as a technician, implementing important research on grazing systems, from the mid-1970s until 1981, when the FSRU was established. Unlike many researchers, BZ knew his agriculture, and he also knew about implementing rural research, and how difficult it is. As a technician, low down in the hierarchy, BZ was often at the receiving end of poorly designed experiments or absurdly long surveys. From long experience, he had an acute sense of what was feasible, and what might be interesting, and our many discussions over the years on research design, methodology and data analysis have massively enriched my own capacities as a researcher.

On-farm research, bringing research from the station to farmers’ own fields, was central to the FSRU’s mission. As the approach evolved from simply replicating experiments in field conditions to more participatory approaches, involving farmers in the design, implementation and analysis of experiments, BZ and the Masvingo team came into their own. Important work on open-pollinated seed varieties radically shifted policy thinking, and later work on soil fertility and nutrient management provided important pointers to a more balanced approach to soil health. In this period, we developed close links with farmers in different sites across Masvingo province, which became crucial in later phases of work.

When the FSRU closed down, BZ moved to a research officer position within Agritex, the extension department. Nyasha Pambirei, then provincial head, knew the value of research and the important insights it could bring on the ground. This capacity was vital as we developed our work on ‘livelihoods after land reform’ from 2000, initially in Masvingo province. This resulted in the 2010 book, Zimbabwe’s Land Reform: Myths and Realities, plus many co-authored papers and reports. BZ was also central to extending our research efforts to Mvurwi and Matobo in recent years, using his extraordinary diplomatic skills to negotiate access to new sites, sometimes in tricky settings.

BZ was also a farmer himself, applying his exceptional knowledge of agriculture in the difficult dryland environment of Mashava. He gained land through the land reform, joining with the late Cosmas Gonese and the AZTREC group in the invasion of Shashe farm. In an interview, BZ recounts this story, and the early establishment of his A1 plot. The farm was his pride and joy. Following his retirement from government service, he moved there permanently with his wife, Mai Tapiwa, who has joined him in making it a wonderful home and productive farm. With the prolific rains this season, BZ was sending me many photos through WhatsApp of the harvest as it came in – maize, sorghum, millet, groundnuts and more.

Despite the sniping of some other researchers and journalists, being a farmer – proudly part of the land reform – did not distort BZ’s perspectives on Zimbabwe’s land issues. Quite the opposite: his engagements on his farm helped us all understand the challenges much better. He could be the harshest critic of some aspects of land reform, and associated policy, but equally recognised the potentials and opportunities it presented, as he tried to realise them himself. Over the last decade, Shashe farm has become a focus for training of others in farming approaches, and a centre for experimentation on agroecology and debate about food sovereignty, with many people coming from across Zimbabwe, and internationally, to learn from the Shashe experience. The Mavedzenge homestead regularly hosted visitors, and many recall the long and intense discussion into the night on all aspects of land, agriculture and livelihoods.

Even in his retirement, BZ was continuing his public service. Quiet and unassuming, BZ’s deep knowledge and commitment was inspiring to everyone who met him. Unlike BZ, his children and grandchildren were able to benefit from the fruits of Independence, and particularly education, which BZ and Mai Tapiwa were passionate about. As a regular visitor to his home in Masvingo over 30 years, I have seen the family grow, regularly reviewing spectacular school reports and hearing about many family achievements, near and far and across generations. I have learned much about parenting from the Mavedzenges, and only wish that the long-planned trip to their home with my own kids had happened before this awful event.

BZ’s passing is a deep loss for everyone who knew him, and for our research community more broadly. We have lost a true public servant; someone with strong values and commitment, deep intelligence and insight, grounded pragmatism and good humour. BZ, we will miss you, your kind advice and generous counsel, and of course that inimitable laugh.

This tribute to BZ Mavedzenge, 13 October 1947-27 August 2017, was written by Ian Scoones and first appeared on Zimbabweland. BZ was laid to rest at his farm in Mashava on 30 August. He is survived by his wife, and children – Tapiwa, Kenneth, Terrence, Romualdo, Tunga and Tafadzwa – along with many grandchildren. Please feel free to add your own comments, memories  and reflections below.