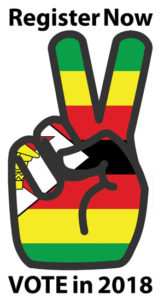 Established in 1981 by a unanimous United Nations resolution, Peace Day provides a globally shared date for all humanity to commit to Peace above all differences and to contribute to building a Culture of Peace.

The commemorations for this year’s offer an opportunity for member states such as Zimbabwe to evaluate the progress made in upholding and implementing provisions of resolutions passed by the UN to advance peace. The UN Resolution 2250 (2015) adopted by the Security Council on 9 December 2015  compel member states such as Zimbabwe  to comply with their respective obligations to end impunity and further calls on them to investigate and prosecute those responsible for genocide, crimes against humanity, war crimes and other egregious crimes perpetrated against civilians, including youths. Resolution 1325 adopted by the UN Security Council in on 31 October 2000, also compel member states to take special measures to protect women and girls from gender-based violence, particularly rape and other forms of sexual abuse. In November 2016, during a Universal Periodic Review (UPR) process of Zimbabwe in Switzerland, Civil Society Organizations (CSOs) that operate in Zimbabwe presented a gloomy account of a deteriorating human rights situation in Zimbabwe that range from arbitrary arrests, torture and intimidations.

The country is heading for another round of national elections in 2018, HZT  appeals to political parties and all interested stakeholders to uphold peace, before, during and after the election period. The organization further calls for a peaceful voter registration, campaign and voting process that allows people to freely exercise their democratic right of choosing leaders of their choice without being harassed or coerced. HZT is currently rolling out a National Peace campaign: 13 Million Voices For Peace which seeks to appeal to every Zimbabwean to pledge to uphold peace as …Peace begins with me, Peace begins with you and Peace begins with all of us…