Karanga people are clever. Korekore people are uneducated. All Ndebeles want to do is drink, burn meat over fire and dance, if they are not stabbing people. Manyika people learn a few English words and think they know every word in the Oxford Dictionary. And that’s not my handwriting. 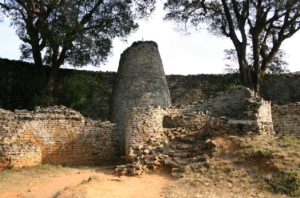 Television shows that contain sexual scenes, violence and profanity come with a warning and almost every parent I know endeavours to shield their children from Hollywood’s corrupting influence. Growing up, I remember whenever a love scene came on during Dallas or Dynasty, my parents would say “chiindai munovata!” which is Karanga for “go to bed”. What they didn’t know is that I had seen blue movies on VHS at a friend’s house so if my mind was corrupted, it wasn’t by JR and Sue Ellen kissing. Children are literally blank VHS cassettes that will record everything in their environment. But nobody ever thinks to protect their children from exposure to the bigotry of their parents.

“Korekore people are uneducated. All Ndebeles want to do is drink, burn meat over fire and dance. Manyika people learn a few English words and think they know every word in the Oxford Dictionary.”

If I had a gobstopper for every time I had those tribal slurs in my childhood, I probably would have lost all my teeth from tooth decay.

The history of Karanga arrogance

I am Karanga. I grew up believing in the myth of Karanga superiority. This is a notion that firmly set its roots in all of Karangaland. The Karanga intellectual superiority myth can be traced back to the arrival of the European settlers, who established a settlement at a place they named Fort Victoria, after the British monarch. Following colonisation, black men from the surrounding areas were the first to serve as policemen. I assume that this would have felt like the revenge of the nerds, because Gutu and Masvingo were closest to the Ndebele Empire. They  must have been on the sharp end of Lobengula’s spear quite often. Suddenly these relatively docile people had power in the form of constabulary whistles, handcuffs and truncheons. It must have warmed the Karanga hearts to know that their land had been named after the Queen, because countrywide we became known as “MaVhitori. We felt like little princes and princesses, as if we had, by osmosis, become relatives of the monarch.

The Karanga would later enhance these notions of superiority when the Dutch Reformed Church printed the first Bible in vernacular, using – what else – ChiKaranga. To this day, Karanga people believe all Shona culture to be “ChiKaranga”. Perhaps the descendents of Rhodes were fond of their learned subjects, because it was again rural Masvingo where the colonists first laid a tarred road into the tribal trust lands. The result was decades of bragging”by Karangas – Masvingo netara (Masvingo by tarred road, we boasted). Eventually, the tarred roads arrived in other parts of Zimbabwe, rendering the line “Masvingo netara” meaningless. But Karangas are a brainy, learned bunch and we weren’t about to let go off our status as the prime province. If the Korekores were going to have Hurungwe netara, we would have to upgrade to Masvingo neCarpet (Masvingo via the carpeted highway). Even though the motorway that stretched from Beatrice to Mupandawana was, like roads everywhere else in the country, an amalgam of bitumen, gravel and concrete, ours was to be known as a carpet. The reign of the Karangas continued – in our deluded heads, at least.

Whenever anyone pointed out that the President is from Zvimba, we natives of Masvingo would not hesitate to remind them that the entire country is named after our stone monument – the ruins of Great Zimbabwe.

Revenge of the inferior tribes

But throughout August, the tribes that we Karangas believe to be inferior finally had their revenge. Facebook has burned, without let up, like the Pomona dumpsite fire, with jokes, memes and the most irreverent mockery of people from Gutu and Masvingo provinces. Personally, I have been both tickled and impressed by Zimbabwean creativity, even though the blood in my veins is Karanga. But while I chuckled from behind my computer screen, some of my Vhitori kith and kin were unimpressed. The most notable outrage came in the form of a tirade captured on the video below.

What stands out of course is the first punch my angry Karanga homegirl threw: vanhu vasina kudzidza! (Uneducated hoi polloi). That line made me smile. Not because I agree with her, but because it is a familiar refrain, one which I grew up with. The cherry on top was her blaming Zezuru people (read Robert Mugabe) for the collapse of Zimbabwe’s economy which has resulted in millions of Zimbabweans who now live “all over.”

Mercifully, the blitz on Karangas ended when the fickle minds of Facebook found other things to fritter away their irrecoverable time. First came Grace Mugabe’s violent attack on Gabriella Engels – a woman she found in the hotel room of her two sons, Chatunga and Robert Junior. Following Grace’ electric cord attack came Zodwa’s knickers. And the Karanga people of Masvingo were delighted to take cover under her micro skirt.

How I overcame tribalism

Is any Zimbabwean tribe more superior to others? Time and lots of bath water have enabled me to wash off the prejudices that were poured over my fontanel from the moment the doctor smacked me on my butt. I have lived in different parts of the country, made friends with people whose dialects differ from my own. My lengthy bachelorhood and living in Harare – which like most capital cities is a cultural melting pot – enabled me to date women from different backgrounds. Although Ndebele women generally make cook tastier mopani worms, I can’t say I found Karangas to be better kissers than Ndebeles. With the lights dimmed and the Marvin Gaye CD rotating, Karanga, Korekore, Matebele and Zezuru lips possess the same texture and taste. I have sipped a few cold ones and played darts with Ndebele friends. I’m pleased to report that, in spite of the Matebele blood thirst myth, none of them ever attempted to spear me with their darts. And confession; I used to copy maths homework from my Korekore classmate – so much for Mashonaland West daftness.

How Africa was conquered

When the Europeans first coveted Africa, our downfall was not their superior firepower. Karangas didn’t care if Ndebeles were slaughtered by the British South Africa Police. The Korekores were probably lolling on the grass, herding cattle or whatever they did every day, unconcerned about the seizure of Zezuru territory. It was neither the Bible nor the gun that conquered Africa. It was tribalism.  It’s time to see beyond accents, beyond the geographical location of the grass huts to which the oppressive Rhodesian government confined our ancestors.