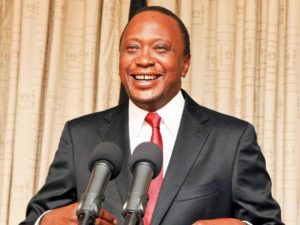 I do applaud what the Kenya Supreme Court’s ruling nullifying the August 8 presidential election results and order a re-run. The Judiciary have absolutely shown what they are made of – something which is lacking in our Zimbabwe’s Judiciary judgements – which to a large extent is biased to the ruling patty ZANU-PF.

The Kenyan Supreme court  has set an outstanding president for Zimbabwe and the rest of Africa. Kenyatta had been in power since time immemorial – just like Robert Mugabe clinging to power through hook and croak and this has resulted in the citizens suffering in both countries because of bad governance.

Corruption is on the increase unabated in both countries.

The move taken by the Kenya’s supreme court will bring about the people’s will for the benefit of all the citizens and is also what we are looking for in Zimbabwe.

We have had situations where Zimbabwe’s opposition menbers have been disadvantaged in a number of ways as we witnessed biased judiciary rulings in favour of the ruling party -ZANU-PF.

For example we have had previous elections results going un announced for almost two months; opposition members of MDC-T members being victimised in various forms such as being arrested on trumped charges; allegedly not voting for ZANU-PF; being denied food,agricultural inputs distribution & at times forced to attend ZANU-PF rallies and many othersand yet no positive judgements are made in favour  the victims.
The police and Judiciary attitude in Zimbabwe should change and move away from being biased towards a ruling political party and act like what we have witnessed in Kenya recently.
This can bring about democracy in Zimbabwe.
Yours Sincerely
Post published in: Featured