THREE opposition political party supporters will remain in prison after a Zimbabwean court dismissed their freedom bid which they had filed following their conviction and sentence to serve 20 years each for allegedly murdering a Zimbabwe Republic Police (ZRP) officer. 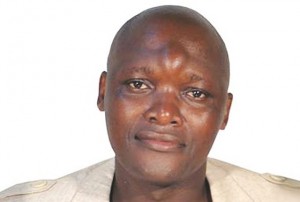 The three political prisoners namely Tungamirai Madzokere, Yvonne Musarurwa and Last Maengahama petitioned the High Court on 24 May 2017 seeking to be admitted on bail pending the hearing of their appeal against both conviction and sentence after they were convicted of murder with actual intent and sentenced to serve 20 years each at the male and female sections at Chikurubi Maximum Security Prison.

Through their lawyers, the opposition political party members had filed an application in the Supreme Court appealing against both their conviction and sentence.

In their application for bail filed in the High Court pending the hearing of their appeal in the Supreme Court, the trio through their lawyers, Charles Kwaramba and Tendai Biti, argued that they were good candidates for bail because they have good prospects of success on appeal.

However, in a judgment handed down on Friday 15 September 2017, Justice Bhunu, who heard the bail appeal,  ruled that Madzokere, Musarurwa and Maengahama had failed to discharge the onus that they will not abscond and that they have reasonable prospects of success on their application against both conviction and sentence, which is yet to be heard in the Supreme Court.

Justice Bhunu ruled that the interests of justice will be compromised if the opposition political party members are granted bail because he fears that they will abscond and that because the trio had now tasted the rigors and hardships of prison life, this might prompt them to abscond.