Harare - President Robert Mugabe on Thursday likened some ruling party officials to Judas Iscariot, saying they wanted to betray him in order to seize power. 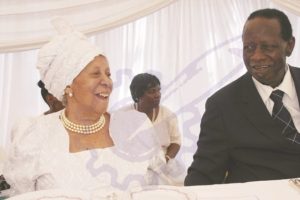 Speaking at the funeral of the widow of former vice president Joseph Msika, Mugabe said the unnamed associates wanted to use the chaos “to effect regime change”.

“There are those who tamper with our currency to trigger inflation. Those people are among us,” Mugabe said, speaking in Shona.

“Like Jesus said, that those we eat with are the ones who will sell us out. The Judas Iscariots of our times,” Mugabe said, in comments translated by the state-run Herald online.

This was the second time in a week that Mugabe has accused party insiders of trying to trigger an uprising against his government by creating economic hardships.

On Monday he got home from New York to declare that “saboteurs”, some possibly within the party, were responsible for last weekend’s panic-buying and shortages.

‘They will not succeed’

In his funeral speech on Thursday, Mugabe said his position had been given to him by “the people” and could not be seized by force.

“To those who are scheming to effect regime change, they will not succeed,” the president warned, to cheers from thousands of supporters. Some cabinet members believed to be aligned to a faction linked to his wife Grace gave the president a standing ovation.

Mugabe’s government has threatened to get tough on illegal foreign currency dealers who trade scarce US dollars on the street. On Wednesday, the finance minister said police would be given powers to arrest the traders and seize their money. The desperate measure was announced as foreign currency shortages worsen, raising fears of a return to the 2007-2008 economic crisis.