A cross section of Harare residents has described the ongoing Harare City Council 2018 budget consultative meetings as nothing but a window dressing measure. 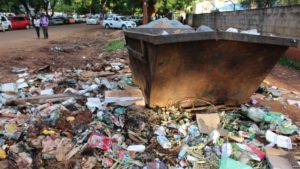 In Ward 15 for example, the budget consultative meeting had to be postponed after Harare City Council officials and residents concurred that the meeting could not go ahead due to poor attendance.

Residents blamed the Harare City Council for failing to adequately publicize the budget consultative meetings. Some of the residents said they had not been notified of the meetings on time.

CHRA is seriously concerned that due to poor attendance emanating from poor publicity, the Harare City Council 2018 budget consultative meetings will not be able to adequately capture the contributions and concerns of Harare residents.

As such, CHRA would like to put it on record that with the exception of Ward 19 where about 300 residents were in attendance, the budget consultative meetings held in Wards 5, 13, 15, 31/32, 37 and 38 were seriously flawed.

It is our position that any outcome from a flawed process cannot be taken to reflect the input of residents.

Below are CHRA’s submissions on the Harare City Council budget consultative process;