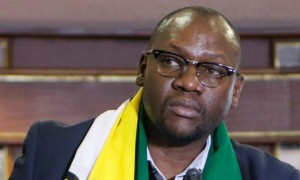 Asked on Monday 25 September 2017 by Justice Chigumba how he pleaded to the charges of subverting constitutional government and of incitement to commit public violence, Pastor Mawarire said; “I plead not guilty.”

The National Prosecuting Authority (NPA) represented by Chris Mutangadura claimed that Pastor Mawarire incited Zimbabweans from “all walks of life” to revolt and overthrow a constitutionally elected government.

Meanwhile, Pastor Mawarire is yet to appear at the Harare Magistrates Court for initial remand in relation to the fresh charge of subverting constitutional government of which he was charged for after he was arrested on Sunday 24 September 2017 for allegedly circulating a video on social media on Saturday 23 September 2017 protesting against the country’s agonising economic crisis.