Plans to sell part of the Harare Gardens to hospitality group, Africa Sun (Pvt) (Ltd) are facing resistance with the Community Water Alliance (CWA) saying the area is a wetland hence tampering with it will come with adverse effects on water availability in the capital. 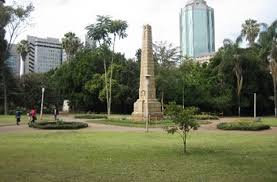 Africa Sun (Pvt) (Ltd) intends to buy a portion of the Harare Gardens which measures about 2.205 hectares for the expansion of Crowne Plaza Hotel.

The notice was given in terms of Section 49 (4) of the Regional, Town and Country Planning Act (Chapter 29:12)

CWA has blamed authorities for selling water sources in the guise of development.

Wetlands are the major primary sources of water for Harare but have of late been under serious threat due to residential and industrial expansion projects often implemented without considering the need to preserve water sources.

Urban farming has also been among the threats to wetlands’ survival.

The Harare Wetlands Trust is implementing a project aimed at mobilizing community involvement in wetlands preservation due to the incessant threats to the water sources.

On the Harare Gardens issue, CWA said, “As if the current challenges on water provision are not enough, City of Harare “sell” water sources under the guise of what they term development. This is also happening on Borrowdale Vlei where Augur Investments and Pokugara are being given land as barter deal for construction of Airport Road (a tender which the awarded company failed to honour).

So the issue is about water provisioning which does not end on Harare Gardens but should spread to other areas as a prerequisite for sustainable access to water by residents. The basis for protecting Harare Gardens should not be blind to the fact that the plan to conserve it was mainly and solely about the need to protect wetlands as water sources and as areas performing ecosystems services,” said CWA.

CWA added that continued tampering with wetlands was increasing the risk of flooding in Harare.