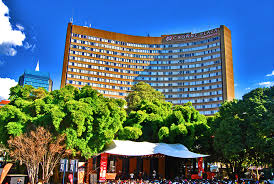 Africa Sun (Pvt) (Ltd) has proposed to buy about 2,205 hectares of the Harare Gardens for the expansion of Crowne Plaza Hotel.

The Minister of Local Government, Public Works and National Housing, Saviour Kasukuwere has already issued a legal notice seeking residents’ input over the proposed sale of the Harare Gardens.

CHRA opposes the sale of part of Harare Gardens on the basis that this would amount to privatization of a public space which has over the years acted as a recreational facility for Harare residents.

In 2015, CHRA engaged the Harare City Council in a bid to oppose the sale of part of the Harare Gardens and our position still stands.

We are concerned that the park is slowly shrinking as a result of various “private projects” which will eventually make it inaccessible to ordinary members of the public.

Also, there has not been sufficient debate on the impact of the sale of part of the Harare Gardens.

Quite often, politicians and other authorities have hidden behind the concept of development to authorize developments on undesignated spaces and the same is about to happen to Harare Gardens.

CHRA is against a situation whereby the Harare City Council seeks to raise funds by encroaching into public spaces and in the process, making them inaccessible to the general public.

The Harare Gardens has a historical value which must be preserved and this is only achievable through protecting the area from private interests.

As CHRA, we will mobilize residents and join other progressive forces to resist the sale of part of Harare Gardens.

CHRA will also petition the responsible authorities to ensure the destruction of Harare Gardens, a recreational area and wetland, is stopped.