President Morgan Tsvangirai, who flew to South Africa for a routine medical procedure, is in a very stable condition contrary to morbid media reports that he is critical and is battling for his life. 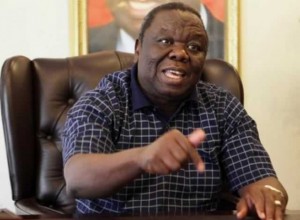 True to form, the people’s leader is more worried about the plight of Zimbabweans than his own condition. This morning, he was assuring Zimbabweans he will be home soon; urging the nation to co-operate with the on-going nationwide exercise to acquire birth certificates and national registration documents that will enable them to exercise their right to vote.

He urged Zimbabweans to turn out for  voter registration in their multitudes so as to deal with the multiple cancers afflicting the nation that include corruption and a clueless leadership that is concentrating on succession battles at the expense of the plight of the ordinary people.

In his usual light-hearted manner, President Tsvangirai said he was more worried about the country’s health, urging Zimbabweans to vote wisely next year so as to deal with the multi-layered afflictions of the country’s political economy.

He urged the nation not to panic about his health, saying he will be home soon to play his part in canvassing for massive participation in next year’s watershed polls.