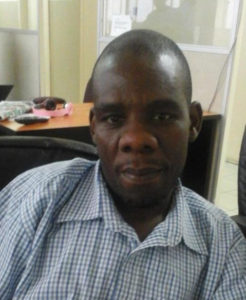 The process, which was launched on September 14, 2017 at State House before it goes countrywide, has been questioned by a number of stakeholders with regards to the January 15, 2017 deadline for voter registration against a background of outstanding electoral reforms.

Civil society members who at-tended a Crisis in Zimbabwe Coalition (CiZC) meeting held on September 14, 2017 expressed concern over the proclamation made by the president casting doubt on ZEC’s preparedness to conduct a credible voter registration process.

CiZC Chairperson Sally Dura Ncube said, “While we commend the ZEC for the voter registration process that will see a new voters roll being ushered, we are equally disturbed by the fact that ZEC has not been including CSOs in the planning and implementation of the BVR process. Such lack of transparency will speak volumes to the electoral management board’s level of credibility. With-out extensive voter registration education, the 2018 election will be a repeat of all the other elections whose results were highly contested.

“As a Coalition we propose that the Biometric Voter Registration and other attendant processes such as birth registration, access to National ID’s be open and spread out to give people a chance to understand the process and ultimately register to vote. CiZC is concerned with the absence of procedures on what Zimbabweans should expect in the registration centres and ultimately what monitors should observe.’

She added that there must be wide-spread civic education by the Zimbabwe Electoral Commission (ZEC) and civil society organisations to ensure that people have all the necessary information to participate in elections.
“Space must be opened for civil society organizations to carry out civic education on elections. In 2013 elections, both regional and international observers raised concern over vot-er education and the registration timeframe which they all felt was too limited,” she said.

CiZC Youth Committee Chairperson, Claris Madhuku indicated that one of the key issues raised by all observers after the 2013 elections was inadequate time for voter education and registration.

“Recently, the President ordered a new registration of voters in all wards and constituencies in Zimbabwe as provided for in terms of section 36A of the Electoral Act. The new registration will be done over four months, starting 14th September 2017, and ending on Monday 15th January 2018. As stakeholders we are concerned with a total cut-off date for registration on the new rolls when the Electoral Act provides for continuous registration until twelve days after nomination day. We are also concerned however that the BVR process has not been fully explained to the voting public including stakeholders such as CSOs, media and political parties,” said Madhuku.

Civic society also noted that the credibility of the elections will be dented by the incommensurate amendments to the Electoral Act which still falls short of the constitutional test while the political environment re-mains fragile and unfit for an open process.