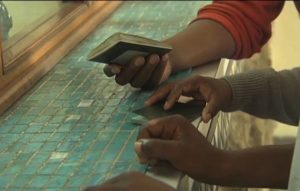 The Home Affairs Department has announced the Zimbabwean Exemption Permit.

It allows Zimbabweans to stay in South Africa for a maximum of four years.

According to Ngqabutho Mabhena, Zimbabwe Community in South Africa chairperson, “Our wish certainly is that we should have these other Zimbabweans that are not on special permits and documented. After the 31st December 2010 a number of Zimbabweans have come to SA who are working here and not documented. We’d love to see a situation that every Zimbabwean in SA not documented is documented. This helps a lot in that even the Minister of Police realised that an undocumented person if they commit a crime it will be difficult to locate them. So we’d like to have this situation where they’re documented, but we understand under these circumstances the minister says they’ll only accommodate those who are holders of ZSP and we hope that the window of engagement is still open for us to make further presentations to the minister to government.”