Crisis in Zimbabwe Coalition (CiZC) is concerned with the apparent incapacity of the Zimbabwe Electoral Commission to administer a Voter Registration exercise meant to create a new clean voters roll. We are worried by the inadequacies of the commission in ensuring a transparent voter registration process amid absence of easily accessible public information on the BVR process. 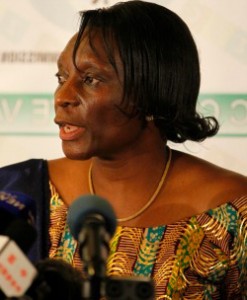 We are worried that with the current state of the BVR process, Zimbabwe is unlikely to conduct a credible electoral process in 2018. In light of the immense irregularities surrounding the process we call on the Zimbabwe Electoral Commission (ZEC) to urgently ensure public information is accessible and the BVR process is as transparent as possible as the first step in retaining integrity and trust building with election stakeholders and citizens.

We have noted with grave concern that the voter registration process in urban centres is slow with ZEC indicating that they will only register 75 people a day in Harare. This runs contrary to plans of registering 7 million voters at the end of the 6months period. In Harare on Tuesday 19 September, ZEC ran out of VR1 forms at Remembrance House, Mbare sending multitudes of citizens back home unregistered.

We are surprised at the decision by ZEC to deploy 63 voter registration units throughout the country when the commission claims to be in possession of over 400 units. We query the rationale behind the deployment of the inadequate equipment.

We note the following issues:

In light of the key emerging issues and more cited above, we believe that the delays in registering voters in urban centres and communal lands are designed to disenfranchise citizens from enjoying their constitutional right to a free, fair and credible election in 2018. In its current state and format ZEC will not be able to register the projected 7million voters in the new biometric voters roll.

We wish to warn ZEC that, if poorly implemented, BVR can be a monumental disaster which will continue to perpetuate the problem of state illegitimacy in Zimbabwe and create a constitutional crisis where the will of the citizens is abrogated. With its inadequacies, ZEC has set in motion a complex process of electoral fraud which will descend the country further into the abyss. We hold that a shoddy voter registration process will produce contested results and encourage apathy among citizens in participation in election related processes.

We call upon ZEC to act urgently and decisively on these irregularities and ensure that Zimbabwe passes all tests for democratic  elections that are competitive, periodic,  inclusive,  regular, transparent  in  which persons  to  hold office at  all  levels  of  government  are  elected, through  the  secret  ballot, by  citizens  who  broadly  enjoy fundamental human rights and freedoms. In the absence of radical changes to the above challenges, we doubt ZEC’s commitment and Zimbabwe’s readiness to hold a credible, free and fair election in 2018.