Farm workers in Zimbabwe can now be employed for four and half years by the same employer on short-term contracts, an arrangement that leaves them vulnerable to abuse and without terminal benefits. 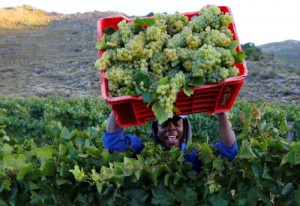 According to Statutory Instrument 67 of 217 giving legal force to the 2016 collective agreement in the agricultural industry that replaced conditions set in 2014, the contracts of nine months are now renewable six times.

However, some unions are now up in arms against the collective bargaining agreement, saying it condemned farm workers to slavery.

Farm workers get a measly $75 a month and some who spoke to The Standard People, last week said their working conditions were deteriorating, especially in light of the liquidity crunch in the country.

The workers said employers were now taking advantage of the collective bargaining agreement to victimise them, with some being dismissed from work without benefits.

In Macheke, where some of the biggest tobacco producers are found, workers said their lives had become hell after the agreement gazetted in December last year.

Moses Munetsi, a former farm security guard, said he was fired without benefits after working for 11 years.

“They told me I was a permanent employee and I thought I was,” he said.

“I then sought to understand more about my contract since I had served for 11 years.

“Surprisingly, in April this year as I was coming from leave the pikinini baas [young boss] told me that I was now too old for the job and they had decided to fire me.

“This is very painful considering that I worked as a guard for many years protecting high value infrastructure at night when no one wanted to do the job.

“For all those years, I was sleeping outside my home and for all I know, this farm has been making profits but that revenue is only for the baas [boss].”

Munetsi claimed he was only given $400 as severance package and efforts to get help from workers unions in the sector had drawn blanks.

Other farm labourers said they were subjected to long working hours and were exposed to harmful chemicals as they had no protective clothing.

“On average, we are paid $2,77 a day for 26 days a month,” said one of the workers who identified herself as Tsitsi Katsande.

“However, getting that money is a real struggle. We are paid in groceries most of the time.

“We get the groceries at the farm shop but there are no prices and we will be told that for what we have taken, we have spent our wage, yet one would have taken a few items.

“Imagine two bars of soap, a packet of matemba, 2 litres cooking oil, a bucket of maize and few other items taking the whole salary.”

At one of the farms, the owner was seen giving his workers bathing soap as their monthly pay.

The workers said they could not protest for fear of losing their jobs.

Last Ngoma said most workers at the farms had no protective clothing and did not get assistance from their employers when they fell sick.

Lloyd Madeyi was badly injured and lost part of his hand while operating an irrigation machine. Instead of getting compensation, he was fired for allegedly being reckless.

Raymond Sixpence, the general-secretary of the Progressive Agriculture and Allied Industries Workers’ Union of Zimbabwe (Paawuz) accused other unions of selling out.

“We are not happy about the instrument that was gazetted by government and was negotiated by Gapwuz and HGapuwz,” he said.

“That instrument is impoverishing the workers because an employee cannot go for four and half years as a contract worker and when dismissed, they will not be entitled to anything.

“That is tantamount to abuse. The Master Servant Act was better than this instrument.

“This instrument removes the bargaining powers of the worker because if one is a casual worker, they cannot complain.

“In many cases, they have children who go to school, they need to buy clothes and food and pay their medical bills.

Sixpence said most farm workers were living in abject poverty.

“Most of them are living in abject poverty and they are as good as unemployed yet they work hard to please their employers,” he said.

The unionist said in the case of Macheke, the government should intervene urgently because workers are being exploited.

“Some of the farm owners are actually millionaires owing to their farming activities but they just decide not to pay workers,” he said.

“The workers are not happy at all, Gapwuz and HGapwuz are not negotiating in good faith and the problem starts there.

“The workers are neglected and that must change.

“There are also people in the ruling party who are working in cahoots with farmers to impoverish the workers.

“The government and all its relevant departments must engage fully and all the unions must be there to fully represent workers.”