The power of optical illusions has been put to good use on London roads and the brain behind this innovative concept is Zimbabwean born Civil Engineer Urayayi Muvuti. 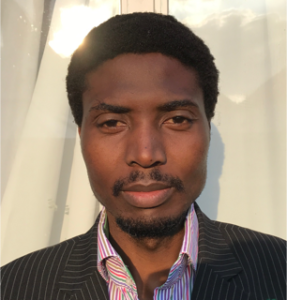 Muvuti, who lead the development stages of the scheme when he worked for Transport for London (TFL), said that the idea behind the 3D illusions was to slow drivers down on roads.

“While working for Transport for London as a Lead Design Engineer, I developed the idea of introducing 3D road markings to slow down traffic at locations where physical speed humps would be inappropriate,” said Muvuti.

The model creates virtual speed bumps in the road which appear like the real thing from the driver’s perspective.

The black and white images were stencilled onto the road as part of an 18-month venture by Transport for London and the system was first trialled in the London borough of Newham in November 2014.

“Working alongside some brilliant engineers such as Sam Wright and Shaun Adam, we were able to strategize and come up with an effective optical illusion road marking of a speed hump.

Once we were certain that we had something solid and that could potentially give us the results we were looking for, we approached TFLs Senior Managers, to install, for the first time in the UK, the 3D road hump marking design on a trial basis in 2014,” added Muvuti. 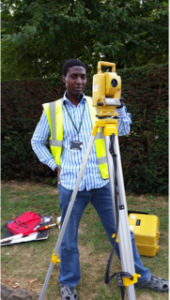 Using statistical analysis to show how effective the design was in reducing average traffic speeds, Muvuti said that the evidence the team gathered was so compelling that the 3D hump design was gradually installed at 45 locations in London and in the summer of last year, they were also painted on Southwark Street in South London.

“The results of the trial showed that average speeds reduced by three mph (five kph), nine months after installation, which suggested that the 3D hump design was working.”

Transport for London, which is responsible for the transport system in Greater London, including London’s network of major road routes, rail networks as well as London Underground and Overground, controls and manages five per cent of London’s roads, which are some of the busiest in the city. 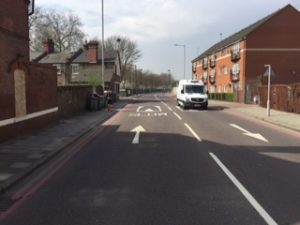 Similar 3D road markings have been adopted in parts of India and China in the last two years and could be the beginning of a worldwide project to promote safer driving.

A graduate from the University of Zimbabwe, Urayayi Muvuti has worked on numerous highway engineering projects in several countries around the world, including Zimbabwe, Republic of Ireland, UK and Zambia. He now provides traffic engineering consultancy services to large UK companies and London local authorities.