The Zimbabwe Network for Social Justice (ZimJustice) has expanded its legal team, in a drive to increase its capacity in offering free legal services to unfairly treated workers. 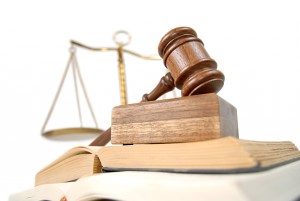 This was necessitated by the need to assist more workers than what the network had currently been able to offer.

Additionally, the expansion in the legal team will result in cases brought to the network been handled faster.

ZimJustice had, of late, been overwhelmed by the large number of cases that unfairly treated workers had been bringing forward.

This led to a compassionate appeal for more lawyers to volunteer their expertise for this worthy cause – resulting in a very positive response.

However, ZimJustice still requests for more volunteer lawyers from outside the capital Harare, so as to enable unfairly treated workers from all across the country to have easier access to free legal services.

As Zimbabwe continues in an economic downward spiral, a disturbingly increasing number of workers find themselves receiving the short end of the stick from their employers – resulting in most of them living on the fringes of abject poverty.

Most workers are failing to provide the very basic necessities for their families, due to their employers’ unwillingness to pay them their dues.

Thousands of Zimbabwean workers have not been paid their salaries for months – if not years – whilst, at the same time expected to regularly report for duty.

Employers have dismissed thousands more – most of the time with scant regard for the law – yet, without paying such employees their terminal benefits.

To add insult to injury, numerous employers had been – and still are – deducting money from their employees’ salaries oestensibly for pensions and other funds – yet, reports reaching ZimJustice from these fund managers suggest that these employers never remitted the money.

A number of senior managers, at most companies that were apparently shutdown due to financial challenges, are receiving hefty salaries, whilst dismissed workers are left out in the cold.

The huge economic divide between the rich and the poor in Zimbabwe is not solely a result of national governance issues, but also due to preditory owners of capital who are sucking their workers dry – thereby, destroying a once vibrant middle class.

Workers have deligently toiled for these employers – some for over 4 decades – whilst, faithfully contributing to their companies’ pension funds, yet, after retirement they suddenly find themselves without even a cent to their names.

Employers’ miserly tendencies of hiding behind the prevailing economic meltdown in Zimbabwe hardly holds water any longer, as most of them still manage to live lavish lifestyles, at the expense of the very people who made that money for them.

This callous, and downright illegal behaviour by employers can not, and shall not, be allowed to fester.

ZimJustice will ensure that such issues are not only brought before the courts, through our legal team, but as social justice activists – who include investigative journalists – will strive to expose the shenanigans occuring in these companies that are resulting in the unfair treatment of workers.

As activists, we go beyond merely taking cases to the courts, but are also involved in lobbying relevant authorities and stakeholders, so that companies violating workers’ rights are dealt with beyond the courts.

Thus, ZimJustice has been involved in lobbying the International Labour Organisation (ILO), as well as other institutions as the Kimberly Process, against several companies that have abused their employees, or disregarded certain international and national statutes.

The time for the continued treatment of workers as second class citizens is over.

Workers are the pillars of any economy, and need the dignity they richly deserve restored.

Even a malignant economy such as Zimbabwe’s is still surviving – albeit, on a life support system – due to workers, be they in the formal or informal sectors.

As the saying goes: render to Ceasar what is Ceasar’s, let every worker be paid what they are owed – and only then can we boldly claim to be a civilised society, and not some medieval serfdom.