Bulawayo High Court judge Nicholas Matonsi has reserved judgment in a case in which Gweru Alderman Kenneth Sithole and former mayor Hamutendi Kombayi are appealing for the review of the decision made by a Tribunal that saw them expelled from town house early this year. 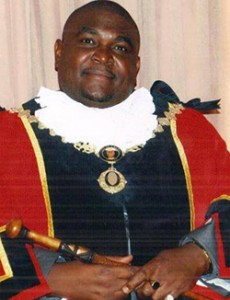 The other MDC-T councillors, who had also been initially suspended in 2015 before being pardoned by Local government minister Saviour Kasukuwere, are seeking to have the clauses of caution placed against them by the tribunal nullified.

Kombayi and Ward 4 councilor Alderman Sithole were accused of abuse of office and misconduct but they want all the charges that they were nailed for by the tribunal declared null and void.

The case was heard by Justice Matonsi recently and both parties to the matter were given a chance to air their heads of arguments. Though Justice Matonsi was expected to make a ruling on the 12th of this month, he then announced that his judgment has been reserved.

Reserved judgment is a legal term. After hearing a trial or the argument of a motion, a judge may not immediately deliver a judgment. He may take time to review the evidence and the law and then deliver a decision at a later date. That judgment is usually in a written form. It is a well thought-out decision compared to an ex-tempore where a judge hands over a decision soon after a hearing.

Lawyer Dube is on record for saying the conviction and punishment meted by the Tribunal on Alderman Sithole and Kombayi was “atrocious as it proved to be selective and handed down in retrospect and against all tenants of legislation.”

For example, Alderman Sithole was punished for allegedly assaulting a council employee when that case was thrown out by the magistrates courts and he was acquitted.

The High Court has since halted the holding of by-elections in Sithole and Kombayi’s wards pending finalization of their appeal against the Tribunal.

The discredited tribunal was led by Isaac Muzenda, who has been described as a Zanu (PF) apologist.