The Midlands province is set to have a major housing boom following the coming together of private land developers who have been authorized by Government to build about 56 000 houses for homeless low income earners. The developers have formed their association known as Midlands Land Developers (MLD). Low income earners and civil servants are the targeted beneficiaries of the scheme and will be offered flexible payment terms. 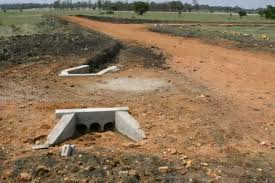 Top Gweru based land developer, River Valley Properties, which has serviced about 30 000 stands around the city and built hundreds of houses at the Woodlands suburb, is part of the scheme.<

Matilda Manhambo, the MLD Projects coordinator, told The Zimbabwean during a tour of the earmarked sites that the association’s target is to have as many people as possible as owners of decent houses.

“As Midlands Land Developers, we are committed to ensuring that people in the province have access to shelter. Shelter is a basic right and so we want people who earn low money to be able to have houses so that the gap between the poor and the rich is reduced,” she said.

“We have set a target of 56 000 houses in the province and work has already started in terms of servicing the stands because we have already acquired the land for the project. Some of the houses are also already under construction,” she said.

Local Government permanent secretary George Mlilo, who was part of the tour accompanied by senior officials like Gweru mayor Charles Chikozho, provincial affairs minister Jason Machaya and the land developers, said he was committed to seeing the programme succeed.

“We have said we will give the land developers a discount in the purchase of land so that they proceed smoothly with their project, which I understand is targeting low income earners like our civil servants. Housing is a top priority throughout the World and so we fully support schemes like these ones,” he said.

Reigning Zimbabwe National Chamber of Commerce Midlands Business Woman of the Year and River Valley Properties CEO, Smelly Dube,  said low income earners had in the past made subscriptions of as low as $50 to be part of the housing scheme and the trend of introducing affordable payment terms will continue.

Dube is also on record for saying the dream of land developers in the MLD is to leave a decent legacy for the people of Gweru who have been eager to see initiatives that reduce poverty and encourage economic growth.

“What we also want is for ZIMRA to charge us affordable taxes because if they strain us a lot, the project will not progress smoothly or realise targeted results,” she said.

Mayor Charles Chikozho said the local authority would support for the scheme.