This past week witnessed another embarassing dent to the image of African national leaders - as Ugandan parliamentarians broke into a fist fight during a fierce debate on removing presidential age limits - due to Yoweri Museveni's bid to remain in power even after he has exceeded the current constitutional limits. 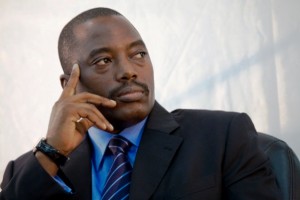 Such tendencies by predorminantly African leaders, to remain in power until death, has tragically become the norm of our political landscape.

What makes the situation even more bizzare is the fact that these dictators – for that is what they are – would have expressed no qualms with such constitutional provisions when they entered office, but when their time to vacate comes, they suddenly decide to amend that law.

Some of these dictators would actually be the ones who enacted those laws when they attained power – as they originally mascaraded as genuine democrats – but, show their true colours when these same statues affect them.

A recent example is that of Rwanda’s Paul Kagame, who amended constitutional provisions on presidential term limits – enabling him to run again, and again.

President Joseph Kabila of the misnamed Democratic Republic of Congo (DRC) refused to hold elections when they were due at the end of 2016, thereby, extending his stay in office through the back door, as he had reached his term limit.

There is no guarantee that he will not also amend the constitution, removing the term limits, thus enabling him to run.

Another neighbour, Pierre Nkurunziza of Burundi was not to be left out of this dictatorship frenzy that has gripped Africa, as he refused to step down after his two 5-year terms had lapsed in 2015 – citing some dubious technicality.

He proceeded to conduct, and win, hotly disputed elections.

In both the DRC and Burundi, these decisions were met by stiff resistance by the population, but – as typical of all dictatorships – they were brutally quashed by these regimes.

One hallmark of any dictator is that he would not care less even if he kills thousands of innocent and unarmed people, as long as he stays in power – and his family firmly safe and secured.

Is it then any wonder that Libya, Egypt, and Tunisia were engulfed in revolutions in 2011?

Muammar Gaddafi, who had seized power in a military coup in 1969, encountered a gruesome end, after brutally riding roughshod over his compatriots for over 4 decades.

Another military man, Muhammad Hosni El Sayed Mubarak – who had ruled Egypt with an iron fist since 1981 – had to leave office in a huff, as the country finally said ‘enough is enough’, and revolted.

All these uprisings are an unambiguous message to all dictators that the people you oppress today, and who seem to be cowering, will have enough, and the result will not be pretty.

An oppressed people only need their intense desire for freedom as weapons for their emancipation.

As with the revolutions in Tunisia and Egypt, the people were peaceful and unarmed, but the natural need to be free – which is as natural as hunger and thirst – gave them the strength to boldly withstand brutality and bullets all the way til they achieved their goals.

It is so unfortunate that regional and global institutions, such as the Southern Africa Development Community (SADC), African Union (AU), and the United Nations (UN) are never proactive in preventing such chaotic scenes by adopting zero tolerance towards dictatorships.

In fact, SADC, and AU have become havens for dictators, where they feel very much at home – and are even appeased.

No seriousness is being shown by these bodies even in the brewing situation in Zimbabwe, where the people have – for far too long – been clamouring for genuine electoral reforms, to enable truly free and fair elections – whilst also demanding their constitutional rights to peaceful demonstrations to be respected.

The people of Africa have become second class citizens on their own motherland, as leaders, who were mandated to serve the people are, instead, demanding to be served by the people.

It will not be an exaggeration to say that the love of power is, in fact, the root of all evil, as we witness untold suffering of poor defenceless people at the hands of their supposed protectors.

The cornerstone of any genuine democracy is the freedom of the people to choose their own leaders, and the willingness of leaders to vacate office – as only traditional chiefs are elected for life.

* Tendai Ruben Mbofana is a social justice activist, writer, and author. He is available should anyone want to invite him to speak at any gathering. Please call +263782283975, email [email protected]com