Not dictators and 'Black Watchers' - the tragedy of being a prefect 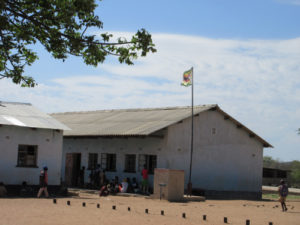 Having endured nearly 4 decades of a merciless and vengeful dictatorship – and as Zimbabweans anxiously wait for a new democratic dawn – we are always asking whether the country is doing enough to mould democratic future leaders, so that we do not have to go through this nightmare ever again.

Although, the home is always the best place to socialize our children into the type of people we want them to be as adults, quite frankly, the school system is where most of this is being accomplished.

This training should start as soon as Early Childhood Development (ECD), at the earliest, or infant school, at the latest.

So, how effective have been our schools in moulding democratic future leaders of Zimbabwe, or are they just churning out thousands more potential dictators each and every year – a very frightful prospect?

Firstly, most classroom settings are usually not conducive to the instilling of democratic values, as teacher-pupil interactions are, in the main, dictatorial.

However – as with some families – teachers can do their utmost to encourage democratic values in their classrooms, by consulting and even voting on certain decisions to be taken by the class.

They can allow pupils to elect their own class leaders, who would consult with them and their teacher on important matters, such as discipline, class activities, delegation of responsibilities, and checks and balances.

They can even elect committees tasked with certain responsibilities, for instance, class fund-raising, educational or recreational trips and activities, and so forth.

This works very well, as all democratically-made decisions are mostly likely to be honoured by the pupils, since they would take ownership of such.

In this, pupils learn the beauty and value of democracy.

Most schools also have extra-curricular activities – such as clubs, and sports -where similar models of democracy could be implemented.

However, where I witness a serious lack of democratic values is in the institution of prefects.

Such an institution would have been a perfect platform to inculcate democratic values in pupils, as it involves authority over the whole school – as contrasted with leading a class.

With such authority, prefects could learn how to lead a large population – with a broader range of variants, as pupils’ ages.

Nevertheless, this huge opportunity for the teaching of democratic principles is mostly being squandered, as the institution of prefects is predominantly dictatorial.

This has not only created little dictators in our pupils, but has actually turned some of them into self-conceited bullies.

If stories we have been reading in the media over the past years are anything to go by – and having witnessed it first-hand during our school days – prefects have been responsible for some of the most disdainful and cruel acts upon fellow pupils, especially younger and weaker ones.

Even more disturbing is that, this creates an unending cycle of cruelty, as those pupils who were bullied would, most likely, become bullies themselves once they also become prefects.

Besides the bullying aspects of being a prefect – as most would deny ever having been involved in such activities – the normal duties of a prefect are nothing more than those of the colonial African law enforcers called ‘Black Watchers’ or ‘mabhurakwacha’ – whose primary function was that of monitoring the activities of fellow Black people and to instil discipline.

This defeats the whole purpose of moulding future democratic leaders, since a preoccupation with instilling discipline is the core of any dictatorship.

As someone who was also a prefect, and having risen through the leadership ranks in the then Boy Scouts – which is organised along military lines – I know exactly what I am writing about.

Real leadership is about respecting the views of everyone, as well as protecting the weak.

My beloved wife, who attended a mission boarding school informed me how, as A-Level pupils, they would alaways make sure the juniors were served first at the dinner table before the seniors – so as to ensure that the weak and vulnerable had enough to eat.

These are the same values that need to be instilled in all our pupils, especially prefects – if ever the hope of a consistant future democratic leadership is ever to be realised in Zimbabwe.

Instead of the leadership we currently have, who immerse themselves in wealth, whilst the nation starves, or brutalises any dissenting voices – it is time we stopped this vicious circle and brought up a new type of leader.

A leader who puts the nation’s interests above his/her own, and school is where to start.

* Tendai Ruben Mbofana is a social justice activist, writer, author, and speaker. He is available should anyone invite him to speak at any event. Please call +263782283975, email [email protected]com