Never heard of it? I am not surprised, neither had I until I was nominated to attend the meeting in Maputo this past week on behalf of the Public Accounts Committee in Zimbabwe. Most African States have this little-known institution in their Parliamentary set ups. 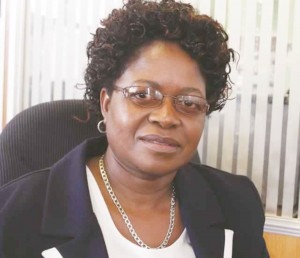 The PAC is the “Audit” Committee of Government in a country and is responsible for reviewing and acting upon the reports of the Auditor General or what SADOPAC calls the “Supreme Audit Institution”. SADOPAC is the regional grouping for the SADC States.

We arrived late Sunday night after our plane was hit by lighting in South Africa and was delayed by a mandatory check in Harare. We are several hundred delegates drawn not only from the SADC but also from similar groupings in West and East Africa and the horn of Africa. I am sitting with the delegation from Sudan.

The PAC is almost always Chaired by the Opposition – by tradition in many jurisdictions and this makes it quite a unique part of African Country administration. In Zimbabwe it is Chaired by the MDC and our Auditor General is a remarkable woman, Mildred Chiri who has been in the job for a number of years and has just been reappointed for another 7 years after we (Parliament) rejected an attempt to remove her and appoint someone we felt was not suitable. She is very principled and professional and I think the Regime sometimes finds her an uncomfortable companion.

My first surprise was Maputo itself – I first came here in the early 70’s when I was on a regional Committee that was tasked with selecting the Ports that were going to be designated as Container Ports for development of the shipping industry. I represented Rhodesia and the main exporters who were using regional Ports. Maputo was our second port of call and I was shocked by many things – the rampant prostitution – we were propositioned in every possible place, the obvious wealth of the ruling elite (a small clique of Portuguese families who seemed to control everything) and the rampant poverty visible on the streets.

Then Mozambique became independent from Portugal in 1975 and closed the border with Rhodesia in support of the Liberation Struggle going on there. After our Independence in 1980 little changed because we had left Mozambique in a state of war between the Rhodesian/South African sponsored Renamo Movement and Frelimo – the ruling Party. I was the CEO of a major Agribusiness enterprise at the time and found that I had to use the Port of Cape Town – thousands of kilometers to the south to reach my markets in Europe. I felt that we had to get access to the Mozambique Ports which had been our traditional outlets to the sea – not only because of proximity but also because I felt that South Africa was exploiting the monopoly they enjoyed on our business.

In 1987 I started an organisation called the Beira Corridor Group and organised over 1000 regional companies with export interests to join in an effort to reopen the Beira Port and the road, rail and pipeline links with the Port. The Zimbabwe Government put 5000 troops at our disposal and we mobilized the resources to fix the railway line. In the effort, 32 of the workers from our railways lost their lives to Renamo attacks and we eventually raised nearly US$400 million from all sources including our own resources and restored the links with the Port and got the Port dredged and the facilities rebuilt and brought back into operation. By 1989 a third of our exports were going through the Port of Beira and we were saving many millions of dollars in transit and shipping charges.

But it meant that I had to travel to both Maputo and Beira on a regular basis and once again became acquainted with the new Mozambique State – now independent from Portugal. It was quite a shock. The country had been stripped by the departing Portuguese – hotels were derelict, doors and windows removed, factories stripped of their movable assets and lying derelict. Signs of war and conflict everywhere. In the first year (1987) I was shocked by the absolute poverty everywhere, women hid from me along the side of the road to hide their nakedness and in one village a man looked at our shoes with such absolute longing on his face that my companion, took his shoes off and gave them to him.

When I got home I spoke to my Church about the terrible conditions and soon they were sending materials to the people along the Corridor.  In that year I suspect that up to 500 000 people died of starvation and malnutrition and conflict. Nearly all schools and clinics were destroyed – the South Africans pursuing a policy of destabilisation of the “Front Line” States that left the country burned and destitute in every way. Samora Machel – the first President of an Independent Mozambique told me that “you would never choose to be colonized by the Portuguese”. There were a handful of graduates, of the 300 000 Portuguese who had lived in Mozambique at Independence, only 30 000 or so remained.

So it was a great experience to fly into the new Airport in Maputo and to see that the only sign of the terrible conditions that prevailed there some 30 years ago, is that superb carving of skeletons that stands in the main foyer – most people do not give it a second glance but it remains a stark reminder of the suffering I saw in the mid 80’s. Then my hotel – brand new 5-star Chinese built hotel on the beach front.

My only reservation about the hotel – which is magnificent, is that it is so Chinese from the flags in the front of the Hotel to the local staff who look Chinese themselves!! No sign of Mozambique – even the tea bags in my room come from China.

But the real surprise came in the meetings, the opening session attended by the Prime Minister, the Head of the Constitutional Court and the Speaker of Parliament. The presence of the Auditor General and the PAC from the Mozambique Parliament. I thought back to the early days after Independence when the country lay in ruins and only a small handful of trained people tried to get things running again. The heavy traffic outside the Hotel in the morning and the strict time keeping in the meetings and the excellent conferencing facilities that we were using. What a stunning change and we think Africa is not making progress?

Then the shock of hearing Africans speaking about corruption, bad governance, poor service delivery, tax avoidance and the myriad of problems we face every day in our respective countries. In front of me is the Auditor General and the PAC Chairman from Sudan – both speaking fluent English and contributing in every session. All paying their own hotel bills and totally committed to improving the way we do business in Africa. I am so encouraged because this is real progress, not donor induced change or reform – this is the new Africa that we have to see if we are to grow and find our way in the world. Samora Machel would be proud and very satisfied with what Mozambique is starting to look like.

Still many problems – great disparities between the new elite and the majority, still a lot of corruption and misuse of resources but look at the progress! Certainly, doing much better that the days of colonial subjugation and exploitation.