Traditional leaders in Zaka and Bikita have raised concerns over interference by politicians in the issuance of proof of residence. 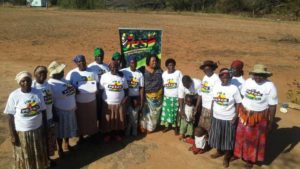 Part of CAAT members from Bikita.

The traditional leaders bemoaned that they are being given directives by some politicians to discriminate  against opposition supporters in the issuance of proof of residence. This came out during four interface meetings organised by Community Action Accountability teams (CAATs) from the 10th – 13th of October 2017 in Zaka and Bikita. The interface meetings were part of commemorations to mark  the International Day of Rural Women that is commemorated annually on the 15th of October. 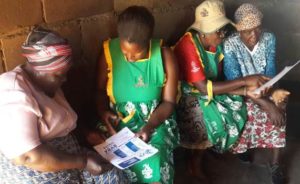 The interface meetings tackled the most contentious issue of partisan distribution of food aid which was rampant both in Zaka and Bikita, mostly perpetrated by Traditional leaders and Councillors. Traditional leaders lamented the gross abuse they suffer at the hands of political leaders who include Councillors who from time to time issue them directives to distribute food aid in a partisan manner.

Community members also reported that they have witnessed an increase in cases of human rights violations emanating from the roll out of the Biometric Voter Registration (BVR) exercise. Participants also noted that in some cases, traditional leaders were discriminating against opposition political activists in issuing out proof of residence documents. Violations recorded around the BVR varied from distortions around the BVR to being force-marching of people to registration centres. Community members also highlighted that this was posing a serious threat to the prevalence of peace and tolerance ahead of the 2018 plebiscite. 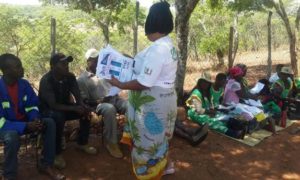 After the dialogues, traditional leaders promised to abide by the Constitution and resists pressure from political players to perpetrate human rights violations. CAATs also resolved to launch an awareness raising campaign on the need for community members to register peacefully and report BVR human rights violations to the Zimbabwe Electoral Commission (ZEC). Heal Zimbabwe also utilised the interface meetings to diffuse myths around the BVR and distributed fliers on the need for peace and tolerance during the BVR exercise. This feeds into its National Peace campaign, 13 Million Voices For Peace which seeks to encourage peace and tolerance ahead of the 2018 elections.

A CAAT is a safe space group of women and youths created by Heal Zimbabwe composed of women from diverse religious, political and socio-economic backgrounds working together to build peace and demand social accountability from duty bearers.