Harare - Western mining experts hid exploration maps on Zimbabwe’s mineral resource base during the colonial era, but the country is slowly discovering its worth in terms of underground wealth, First Lady Grace Mugabe has said. 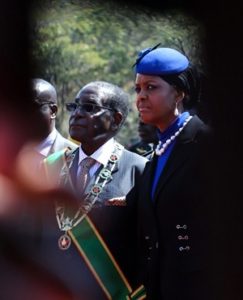 Addressing investors of African origin based in the United Kingdom at her Mazowe Children’s Home on Tuesday, Mugabe said Zimbabwe was endowed with vast resources, The Herald reported.

“You can actually mention any of the minerals Zimbabwe has that mineral. Even some people believe that we have oil somewhere. Yes some people know.

“Our erstwhile colonisers had maps and they hid some of the information from us, but we are getting to know bit by bit. God is revealing that this is yours, use it,” she said.

Apart from the vast mineral resources, the first lady said, President Robert Mugabe had resolved after independence that political freedom was not enough without economic control. This included his land reform programme.