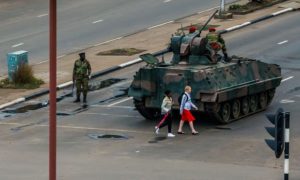 Speaking yesterday at the inaugural Culture Day at Imbizo Barracks in Bulawayo under the theme, “Instilling patriotism through culture”, Gen Sibanda that social media is posing a serious threat to African identity and that Africans.

The function was hosted by more than 1 000 ZNA recruits.

Gen Sibanda said, “a people without a culture are indeed a people without a soul. The contemporary trends in which social media has become a dominant phenomenon is posing a threat of loss of identity for people in the developing world. Cultures of powerful nations have been marketed through Western-owned media platforms while the people from Third World countries become inevitable consumers of these marketed products. Consequently, Africans have to some extent become carbon copies of our erstwhile former colonisers.