By Langton Ncube| Britain has pledged to bail out Zimbabwe from the current economic woes the nation is experiencing. 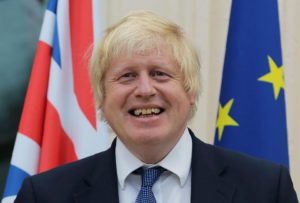 The pledge was given by British Foreign Secretary Boris Johnson on Wednesday.

Boris said his country was willing to help Zimbabwe to stabilise its currency system and solve the cash shortages which have plagued Zimbabwe for the better part of the last two years.

Johnson who was speaking on the sidelines of the African Union-EU summit in Abidjan,said  his country  was willing to extend a loan to Zimbabwe to help it clear its obligations to the World Bank and the African Development Bank.

” Those are indeed the things that we would try to do to help Zimbabwe forward, but we’ve got to see how the democratic process unfolds recent events in Zimbabwe offer a moment of hope for the country and its people,” he said.

“This is a time to look to the future and to make clear that Britain shares the common vision of a prosperous, peaceful and democratic Zimbabwe,” said Johnson.

Johnson said he was encouraged by President Emmerson Mnangagwa’s words “so far”.

During his inauguration speech,Mnangagwa promised to reform the economy and give investors the security of title they needed.

“For as long as the President acts on his words, then Britain is willing to work alongside him and offer all the support we can,”said Johnson.