The Zimbabwe Peace Project (ZPP) has received reports especially from mining towns and farming communities where people who have their origins in some countries in Southern Africa in particular Zambia and Malawi are failing to regularise their citizenship.[1] The process of regularising is the first step for them to be able to register as voters. 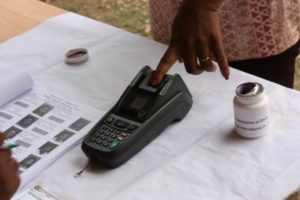 Many of these people do not even know their countries of origin since their great grand parents came to work in the then Southern Rhodesia The people targeted by such regularisation are persons born in the Southern African Development Community (SADC) countries but currently legally living in Zimbabwe. Previously children of such people were also  not regarded  as citizens but under the new constitution such children are now regarded as citizens.

Further, the office also clarified that if any one of an applicant’s parents were born in a SADC country, that person would be considered a Zimbabwean citizen and will be given identity documents upon presenting their birth certificate.

However, those born in the same SADC countries and came to Zimbabwe for purposes of work and have local identity documents classified as ‘alien’ need to apply for Zimbabwean citizenship as provided by the law. This is especially relevant to those who migrated to Zimbabwe long ago to come and work in the mines and farms.

In a bid to facilitate smooth voter registration the Registrar General’s office has given those who need to regularise their citizenship a window period until November 30, 2017 where payment has been waivered. Ordinarily the process of regularising citizenship is paid for.

If you feel that your rights have been violated and in particular during the BVR exercise, ZPP encourages you to get in touch with us on