By Langton Ncube| Canada has welcomed the resignation of President Robert Mugabe and said that the development was going to open the country’s economic growth opportunities. 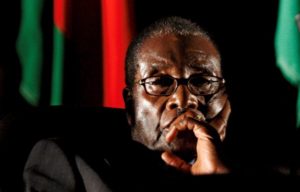 Mugabe, who had ruled the country with an iron fist since its independence in 1980, was seen as a stumbling block to both economic and political reforms.

In a statement, the Canadian embassy in Harare said they saw a great economic prosperity prospect in Zimbabwe after the resignation of Mugabe.

“Canada has monitored closely the major political developments unfolding in Zimbabwe and these developments represent a new chapter in the lives of the long-suffering people of Zimbabwe,” said the embassy.

“Their views have been made abundantly clear through peaceful demonstrations demanding change, and we hope that with Robert Mugabe’s departure, the country’s leaders will use this impetus to set Zimbabwe on a path towards greater prosperity,” the embassy said.

Canada said it would support Harare to realize full democracy.

“Canada stands by the people of Zimbabwe as they work towards a consolidation of their democracy. We believe that the best foundation for a stable and prosperous Zimbabwe is a democratically elected political order that reflects the will and rights of its citizens,” said the embassy.