The Combined Harare Residents Assocition welcomes the move by the Harare City Council to cancel the contract of Wellcash Debt Cllectors. 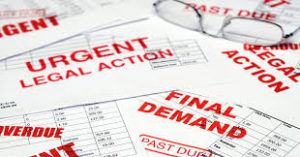 This year, CHRA launched an intensive campaign (#wellcashmustfall) to stop the debt collectors whose operations were very much illegal and arrogant.

Our campaign against Wellcash Debt collectors was also premised on the fact that council’s wage bill was overbloated hence council could not unleash debt collectors in order to pay hefty salaries with $10 million out of $12 million collected monthly going towards salries.

Besides terrorizing Harare residents, the debt collectors were charging the residents an extra 10 percent on top of what the residents owed council and teir acts amounted to extortion and daylight rrobbery.

In som cases, the debt colletors were also failing toremit the money they would have collected to council and this meant residents remained in debt despite having paid money to Welcash Debt Collectors.

The decision made by council on October 31, 2017 not to renew the debt collectors contract which expires on November 15, 2017 is very much welcome and symbolizes the end of Wellcash Debt Collecor’s reign of terror.

CHRA calls upon council to make use of internal mechanisms to collect revenue.

We would also like to reiterate our call for residents owing council to approach the local authority ad mak payment plans.

CHRA would like to remind Harare Resients to completely disregard Wellcash Debt Colectors’ employees in their areas.

We will also be launching an intensive campaign informing residents on the termination of Wellcash Debt Collector’s contract.