Exciting developments are happening in Zimbabwe and we are all hopeful that a new Zimbabwe that provides opportunities for all is about to come. Mbwanana hadzisvinure pamwe (newly born puppies do not open their eyes at the same time). 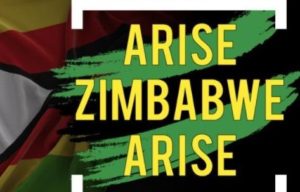 It is useful that at long last, people who have been supporting and defending Mugabe have finally realized that Gushungo is the Goblin that has been retarding the development of the country since the turn of the last century.
The signs were there from a few years after independence, when the likes of the late Edgar Tekere used to warn the nation that Mugabe was surrounded by some sharks who were bent on milking the country dry. Not enough people took heed then, allowing Mugabe to entrench himself and do as he pleased. Margaret Dongo told the nation that the men in Zanu PF and in parliament were Mugabe’s wives, and nearly got physically assaulted by the late army commander Tapfumanei Mujuru.
And then as the economy continued to decline, suffering Zimbabweans thought enough was enough, and the MDC was born. The MDC was, and I hope it remain, a pro-people movement which wanted, and still want the people of Zimbabwe to enjoy the freedom that was supposed to have been ushered in with the coming of a people’s government at the end of colonial rule. As a democratic movement, the MDC believed, and I hope still believes in winning the mandate to govern through an election. Zanu PF lost the mandate to govern many years ago, but have used their position in government to thwart the democratic expression of the people of Zimbabwe. Mugabe even used the army to intimidate the people of Zimbabwe to cow them into voting for Zanu PF. The army has also been used to kill opposition activists as elements in government, in Zanu PF and the army tried to sustain Mugabe as life president of Zimbabwe.
All the same, chisingaperi chinoshura (what goes round comes round), those who have been resisting change have finally come to realize what the Movement for Democratic Change has been clamoring for many years. Their calls for democratic change have now reached the ears of colleagues in the army, who had the tools which the MDC lacked and did not want to use to effect change – the gun. At least that sends a message to dictator Mugabe and those who will become Commander-in-Chief of the Army in future that continued suppression of the will of the people will in the end affect even those who are supposed to protect you.
Which way to go for Zimbabwe then. I hear the army has already suggested that Emmerson Munangagwa must become President, Deputized by Joyce Mujuru and Dumiso Dabengwa, with Tsvangirai becoming Prime Minister. The army is said to have suggested that there should be no elections as this transitional arrangement must rebuild the nation for the next three years. I beg to differ – why should the army handpick people they want to lead. They will be over-stepping their constitutional mandate. If the mandate of the army is to protect the country and its people, it must end there.
I see two possible things here. The first option is to sort out the confusion in Zanu PF. The action of the army was triggered by the succession issue in Zanu PF which was becoming a national threat, so what must be sorted first is the crisis in Zanu PF. If Zanu PF chooses to replace Mugabe with Munangagwa, that is their business. When Munagagwa is appointed Zanu PF leader, his party can also choose him to replace Mugabe as provided in the constitution, and he can review cabinet accordingly for the remaining term of the current government, and elections are held when they should held. I am happy Zanu PF provincial structures have now already started that process.
The alternative is to put in place a National Transitional Authority which will prepare the country for elections. The composition of such a transitional authority can be decided by the stakeholders.
I hope the parties involved: the Army, political parties, civic society, churches and others with an interest can add value to these ideas, refine them and use them for the good of the country.
Post published in: Featured