Land grabs continue to be the norm in Harare with land barons now going after the city’s parks and wetlands, a move that poses a big threat to the natural ecosystem as well as water availability in the capital. 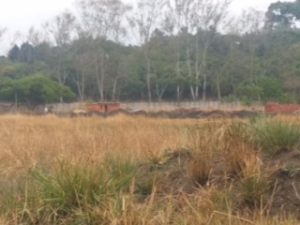 Residents of Hillside and other concerned groups are currently battling to save Hillside Park from invasion by yet to be identified individuals.

A section of the park has already been invaded and a gazebo has been built with sources claiming that the area has been earmarked for the construction of a bar and restaurant.

Another part of the park has also been invaded and cottages have been built while other construction projects are underway.

Concerned residents told The Zimbabwean that besides being a recreational area, Hillside Park is also a wetland that should not be tampered with.

Besides run-off, wetlands are the major sources of water for Harare but of late, they have been under threat mainly due to residential and industrial expansion projects often implemented without paying regard to the need to protect these important water sources.

During a visit to the area last week, Harare Mayor, Bernard Manyenyeni expressed concern over the invasion of the park which he described as illegal.

He said developments taking place at the park were inconsistent with council policy and should be stopped. 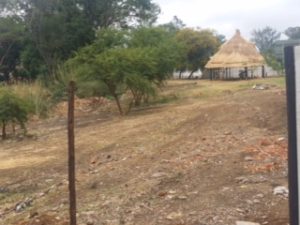 The gazebo which has been constructed on Hillside Park.

Manyenyeni added that council would investigate the issue and take corrective action.

Councilor for the area, Auxillia Mahachi said developments taking place at Hillside Park should be stopped.

“I am very much concerned about developments taking place at Hillside Park. That place is a wetland and must be protected. There is no way that council can approve construction on that park and we will push for investigations to flush out the people behind the invasion of the park,” said Mahachi.

Some residents said that the invaders claimed they had authority from above. 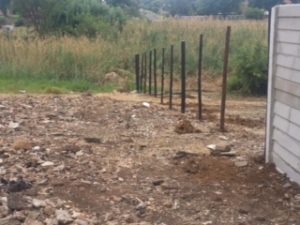 Invaders have invaded Hillside Park and are constructing a bar and restaurant.

“As residents, we are very much concerned about the invasion of our park. At one time, we confronted the invaders and they told us that they had authority from above. In some cases, they even threaten us with unspecified action,” said a resident.

Another resident expressed concern over the level of corruption at Harare City Council.

“When you see a place like a park, which is meant to be a recreational facility being invaded, it simply means corruption has been taken too far. It is simply because of corruption and abuse of power at Harare City Council that we are seeing these land invasions.

“There must be a proper investigation to find out the culprits behind the invasions,” said the resident.