By Dorrothy Moyo| A leaked memo suggest that ZRP boss Augustine Chihuri is not welcoming the new President Emmerson Mnangagwa. The memo contains a hurriedly issued instruction to all ZRP stations not to remove the former President Robert Mugabe’s portrait until further notice.

The instruction issued via radio transmission, was as is documented, issued soon after Mnangagwa was inaugurated on the 23rd November. Police officers claim that this shows that Chihuri who was also booed at the National Sports stadium, has little reverence for his new boss, Mnangagwa.

SEE THE PICTURE BELOW: 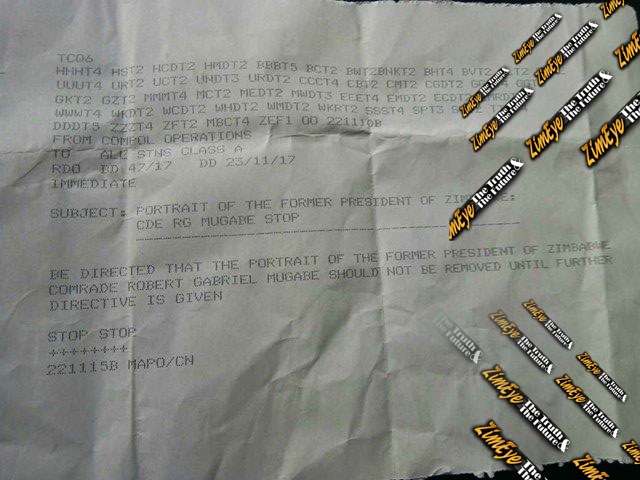