In Robert Mugabe’s Zimbabwe, it was known that you did not talk about deep politics in a taxi or on a bus. You would also glance around and talk softly if you wanted to be critical in a bar or tavern. When you wanted to meet in a hotel foyer, you would look out for loiterers. Many even took care not to talk freely at weddings, funerals and birthday parties. 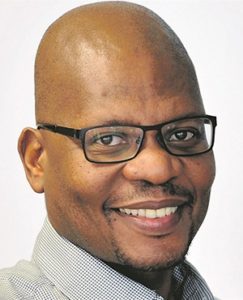 The belief was that, in the taxi or bus, there would always be at least one Central Intelligence Organisation agent, that spies were eavesdropping on bar conversations and that the person loitering aimlessly in the hotel foyer or even the one checking in as a guest was a spook.

It was an East Germany-type of climate of fear that made you believe that big brother was always watching or listening, and that even members of your own family were in his service. There was also a multitude of stories about people who had been “dealt with” by Mugabe – liberation war comrades who died mysteriously in exile and rivals who died in strange car accidents.

So ingrained was this that it is an accepted fact in Zimbabwe that Mugabe engineered the death of Zimbabwe African National Liberation Army chief Josiah Tongogara – a tough-as-teak military man who died in the Mozambique bush on the eve of independence. This move, many believe, was meant to eliminate him as competition to Mugabe.

The other side of the Mugabe myth was the heroism. As one of the legends who worked alongside Tongogara, Herbert Chitepo and Leopold Takawira, he made people believe the late heroes breathed through his nostrils. So even when other veterans such as Edgar Tekere, Edson Zvobgo and Margaret Dongo warned people about Mugabe, they were regarded as traitors.

Mugabe’s vacuous anti-imperialist rhetoric – when he was a total Anglophile – earned him adulation inside Zimbabwe and in other countries in Africa where the West’s exploitative relationship with the continent made such words melodic. Even as he and Zanu-PF wrecked the country, there were many who were willing to cut him some slack.

The cult and fear unravelled this week. Those who used to wake up every morning to lick his toes and massage his navel now refer to him using epithets.

What did not unravel was the liberation movement cult that still persists within the ranks of Zanu-PF and its support base.

This liberation mythology is what has hobbled democracy, justice and development in our region. Once in power, liberation movements inculcate in the people the belief that they are holy and are the only institutions capable of looking after the countries they run. Armed with this religious message, they proceed to do all manner of things unholy and work against the people and their freedom.

The People’s Movement for the Liberation of Angola has spent the better part of its 42 years in power plundering that country’s resources. To live a decent life, you have to be connected to the movement somehow. To live a good life, you have to be in the senior ranks of the party and in the party-aligned security establishment. And to lead an opulent life, you have to be connected to the Dos Santos family, the royalty of Angola. The party is also a big enemy of democracy and human rights. It ranks low on all indices that track human rights, including freedom of speech and freedom of assembly.

The Mozambique Liberation Front’s corruption is legendary. What is worse in that country is that the elements of the governing party and the security establishment have been linked to organised crime. Mozambique’s human rights record is also appalling.

The one liberation movement that has taken an unequivocal stance against corruption is Namibia’s Swapo. While corruption is rife in the upper and middle echelons of the party and government, Swapo’s posture is much clearer and harder than its regional contemporaries. There is also much less of a climate of fear in that country, which is one of Africa’s more promising democracies. What does exist is the mythology around Swapo and its leaders, making it difficult for a proper plural democracy to take root. This will surely come back to bite Namibians.

In South Africa, we are all too familiar with how the most ardent instigators and beneficiaries of corruption and state capture preach about how their political party and its generations of cadres have given over a century of “selfless service” to the people. While this is largely true, they do not hesitate to steal while extolling the virtues and legacy of the struggle. In a very sick way, they dangle liberation mythology in front of citizens to distract from their bad missions.

On the fear front, the mandarins subtly let it be known time and again that the highly politicised intelligence agencies are always watching and listening. What these shadowy agencies will do with that knowledge is anybody’s guess, but the main purpose is to sow fear. Fortunately, South Africans have not been cowed – they go about enjoying and utilising their freedoms despite the covert and overt intimidation.

South Africans should be grateful for this. We should also be thankful for the fact that the grip of liberation mythology here has been loosening and wearing off at a much faster pace than it did with our neighbours.