Johannesburg - The South African Broadcasting Corporation (SABC) has condemned the harassment of one of their journalists by police at the Beit Bridge border to Zimbabwe on Friday. 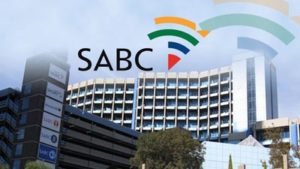 SABC spokesperson Kaizer Kganyago said the public broadcaster noted with concern that one of their journalists, Mike Maringa, had been harassed and intimidated by the police while filming at the Beit Bridge border gate.

Maringa was part of an SABC crew that had been sent to film at the border as part of the SABC’s coverage of the current situation in Zimbabwe, with the intent of interviewing Zimbabwean nationals and doing live crossings.

“The SABC condemns these police actions with the contempt it deserves,” said Kganyago.

“These actions are shocking as the police are supposed to be protecting citizens and journalists.”

“It must be emphasised that these unfortunate events happened after our news crew was granted permission to film on the basis that they will do crossings and conduct interviews outside the border gate,” said Kganyago.

Kganyago said the broadcaster appealed to the police to allow journalists to freely and independently discharge their public service mandate of providing the general public with information regarding various societal matters.

“We strive to have a cordial relationship with all public service institutions, as we all have a public mandate to ensure that citizens are served well,” he said.

Kganyago said the SABC would engage with the relevant police authorities regarding this matter, and remained committed to its mandate of keeping the nation informed without fear or favour.