The grave situation that has gripped Zimbabwe, in which the military has 'taken over' the country, as a direct result of the infighting within the ruling ZANU PF party, has further exposed weaknesses of regional leadership. 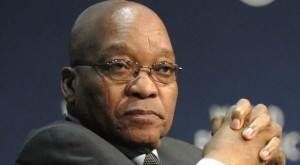 The current unfortunate scenario was seen a long way coming – when, three years ago, the infighting within ZANU PF reached boiling point, with the expulsion of the then vice president Joice Mujuru and her allies.

At that time, many Zimbabweans called upon South Africa – as a regional powerhouse and leader – to intervene, as it was clear that this was headed for disaster for the country – and the region.

I also remember writing an article to the same effect.

However, the lame response we received from the President Jacob Zuma’s government was that this was an internal issue, and South Africa would not involve itself.

Such a response was the height of gross irresponsibility, as it revealed how Zuma failed to understand the position he held in the region.

By virtue of being a regional powerhouse – politically, economically, and militarily – South Africa has an automatic responsibility towards its neighbour and the region.

This responsibility is not an elected one, neither is it mandated by an organ, but it is a given that as the ‘older brother’, South Africa has responsibilities that are expected of it.

The same with the president of the most powerful country in the world, the United States of America (USA) – whomever desires to lead that country knows fully well that his or her responsibilities transcend beyond US borders.

This responsibility does not equate to interference in – neither should it mean bullying – another country.

However, a ‘big brother’ who merely watches, whilst one of his younger siblings abuses his wife and children with impunity, and does nothing, is grossly irresponsible.

He can not claim that his non-action is because this is a private domestic issue — as such is tantamount to being culpable to the abuse.

As such, Zuma and the South African government should be held culpable for the chaos and crisis in Zimbabwe, due to its apathy.

The infighting in ZANU PF, and by extension, the general governance crisis in the country, was clearly headed for catastrophe that would harm the whole region – yet, Zuma says this is an internal issue.

Even when the situation has clearly gone out of hand, with the military intervention, Zuma and his colleagues choose to issue bland and meaningless statements of dialogue, and urging peace, as well as dissuading an unconstitutional change of government.

I could not help but feel ashamed for Zuma when listening to his statement on SABC News this morning.

What was that he was saying?

How was that supposed to help the situation in Zimbabwe?

But then, this is not altogether surprising, as he had already failed as a regional leader by not playing his expected role, whilst the situation was still simmering.

To add insult to injury, Zuma is now the chair of the regional Southern Africa Development Community (SADC) – tasked with handling issues such as has been witnessed in Zimbabwe in the past couple of years.

Needless to say, he has just been sitting there watching the situation unfold in Zimbabwe and doing absolutely nothing.

The fact that the Zimbabwe military claims to have taken its action as a result of the deteriorating situation in both the ruling party and the country – which has become untenable – clearly shows that there is a crisis that needed to have been addressed seriously – preferably, by Zuma and the region – but was left ignored.

Was Zuma waiting for the military to sort it out?

Is this what he wanted?

So where has he been when all these events were unfolding over the past years?

What is the point of being a regional leader when one can not fulfil his or her obligations?

Similarly, what is the point of SADC if its just a toothless talkshop?

This organisation should go, as it has lost its relevance.

Another case in point is the Democratic Republic of Congo (DRC), where the president Joseph Kabila refuses to step down, despite his constitutional mandate expiring late 2016, through some mundane excuse that the country’s electoral commission was ill-prepared for an election.

SADC and Zuma merely endorsed this lame reason at their last conference in Pretoria – without so much as pushing Kabila to give a timeline for the holding of elections, or the formation of a government of national unity, as his presidential mandate had expired – in spite of the opposition’s demands.

Kabila went home unscathed, and only provided a ridiculous election date of end of 2018, at his own will – without offering any guarantees.

Therefore, should the situation get out of hand, as has happened with Zimbabwe – nothing much should be expected from Zuma and SADC, as they will just offer useless statements.

A good leader is pro-active and puts in place effective mechanisms to deal with issues before they deteriorate further.

This obviously lacks with Zuma and SADC.

Zuma should take responsibility – as both the head of the most powerful country in the region, and SADC – not to bully and interfere in the affairs of neighbours, but to be a caring ‘big brother’ that takes active interest in their affairs – especially, when it is clear that disaster looms.

° Tendai Ruben Mbofana a Zimbabwean social justice activist, writer, author, and speaker. He is available should you invite him to speak at any gathering and event. Please call/WhatsApp: +263782283975, or email: [email protected]. Please also follow him on Facebook and Twitter.