I was intrigued recently when listening to a group of women who were loudly arguing over whether 'lobola', or 'bridewealth', should be abolished or not. 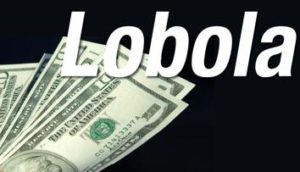 What captured my interest the most was the fact that these were women deeply divided over such a matter – which one would have assumed was a given.

It was more than baffling that  amongst women themselves, there were those who actually believed that having a prospective husband pay her parents, in order to have her hand in marriage, was something positive for women.

I could not help but imagine a group of slaves in 19th century United States of America (USA) fiercely debating the abolition of slavery – with some actually believing that slavery was a good thing.

Probably, the pro-slavery group would argue that there were benefits to being owned by someone else, as they would be provided with free accommodation and food – or some other bizzare reason.

The same applies to that group of women who defended the payment of ‘lobola’, as this meant that they viewed wives being ‘owned’ by their husbands as positive, and having benefits.

Admittedly, traditionally, there were several purposes to the payment of ‘lobola’, amongst them: to attach a value to a woman, as a sign of love, as payment for her upbringing, and as payment for being given a virgin.

These may all be truly good aspects of ‘lobola’ – and some may even say ‘romantic’ – but that was not where the story ended.

The major purpose of ‘lobola’ was to ‘purchase’ the woman, so that when she had become the ‘property’ of the husband – and his family – she became subjugated to them, such that even the children she bore were not hers, but the husband’s.

This was not altogether strictly an African tradition, as it was merely a part of global women’s suppression – where women, especially wives, were the property of men.

If anyone ever read the book, ‘The Mayor of Casterbridge’, one would remember the main protagonist sold his wife, so that he could use the money to buy beer – which, although there was no ‘lobola’ in that part of the world, it was perfectly legal in those days.

Thus, the payment of ‘lobola’ was just part of that huge world wide web of women’s repression not dissimilar to slavery.

In fact, one could easily make parallels between ‘lobola’ payment and slavery.

Firstly, in both cases, there was the paying of a price to the owner (parents) so as to buy the slave (wife).

Secondly, the slave (wife) would then assume the new owner’s (husband’s) name.

Thirdly, all offspring issued by the slave (wife) would solely belong to the owner (husband), and were also given his name – such that, the slave (wife) had no rights whatsoever over her children.

That is why, there was always that talk by estranged wives – who would continue staying with their husbands – by saying, ‘Ndiri kugarira vana vangu’, meaning, ‘I am only staying here for my children’.

This was because, as she had been ‘bought’ by her husband, all the children were his, so if she decided to leave, they would remain with him.

As such, unlike today, whereby the mother has considerable rights over her children, under ‘lobola’, she could not have any, as they are not hers – she would just be a child-bearing machine for her husband, and nothing more.

It then goes without saying that, if the issue of ‘lobola’ is to be practised in its proper traditional context, then laws pertaining to children would need to be aligned to such customs.

Furthermore, such customs as ‘lobola’ – as already alluded to – were part of the wider global reasons why women, no matter their ages, could not do anything in their own names, as they were always the property of a man – be it their fathers, or husbands.

Therefore, in this modern age, where women’s emancipation and gender equality has gained so much traction, these practices, that were founded and grounded in repression, should be done away with

There is no way such archaic practices can ever be sanitized in order to make them compatible with the 21st century.

If there are women out there, who still believe in the sanctity of ‘lobola’, then they have to make their beds and lie in them – that is to say, they will have to also accept everything else that comes with the territory, such as having no rights over their children, and not being able to do anything in their own right, such owning property, entering into legal contracts, and opening accounts.

It would be tantamount to hypocrisy if women were to say that they found ‘lobola” payment acceptable, but – in the same breath – say that they want their rights, as promulgated by the United Nations (UN).

As with the heated argument between a group of women, mentioned earlier, there are numerous women who are vehemently in favour of this repressive practice.

That would not be altogether shocking, as – even during the US civil war, which was between supporters and opponents of slavery – there was a significant number of slaves who actually fought on the side of the Confederates (who were pro-slavery).

In fact, here in Zimbabwe, I still clearly remember a similar vicious debate during the drafting of the Domestic Violence Act – as numerous women were fiercely opposed to this legislation, which was meant to protect them from abuse.

This apparent confused women’s views on their emancipation and gender equality goes even deeper into the murky waters of media – be it advertising, fashion, movies, and others.

How many times have we witnessed – in this day and age – advertisements that still propagate stereotypical domestic gender roles?

We still see washing detergent adverts that only feature women doing the laundry, washing dishes, or cleaning the toilet.

We still witness only mothers cooking for the families in food adverts.

There are even more subtle messages sent by the media, especially in the area of fashion – where the ‘sexy’ woman is portrayed as skinny and weak, whilst the man is muscular and strong.

Such messages only serve to reinforce the notion that women are weaklings and men are strong.

It is more than disturbing that a very huge portion of women have accepted such skewed stereotypes, and are even supportive of them.

If women, themselves, do not stand up against such beliefs in oppressive customs, laws, and stereotypical media messages, then the battle for emancipation has not even begun.

Women need to take their struggle a bit more seriously, and it begins with themselves.

Probably, the main shortcoming with this struggle has been that the focus has been on stopping men from abusing and oppressing women – yet, the focus could also have included changing women’s own mindsets.

It is pointless merely trying to stop the farmer who is keeping an eagle with the chickens – instead of also teaching the eagle that it is not a chicken and that it can fly very high, and travel the world.

If women do not seriously change their mindsets, and view themselves beyond the male-created gender narrative, then, indeed, it will take the next 100 years or more, for true gender equality to be realized.

° Tendai Ruben Mbofana is a social justice activist, writer, author, and speaker. He is available should you invite him to speak at any gathering or event. Please call/WhatsApp: +263782283975, or email: [email protected]. Please also follow him on Facebook or Twitter.