ZIMBABWEAN authorities on Friday 03 November 2017 arrested an American citizen and confiscated her laptop after claiming that she undermined authority of or insulted President Robert Mugabe through a message which she allegedly posted on social media. 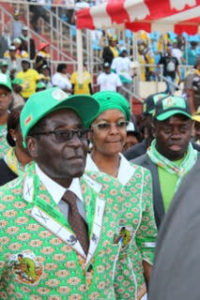 Zimbabwe Republic Police (ZRP) officers arrested Martha O’Donovan, an American citizen, who works for Magamba TV, during a dawn raid at her Harare residence and confiscated her electronic devices including her laptop and detained her at Harare Central Police Station’s CID Law and Order Section.

The ZRP officers, who arrested O’Donovan, were armed with a search warrant, which was granted on Thursday 02 November 2017 by Harare Magistrate Elisha Singano authorising the law enforcement agents to confiscate all her electronic devices as they reportedly investigated a case of undermining authority of or insulting President as defined in Section 33 of the Criminal Law (Codification and Reform) Act.

The ZRP officers claimed that Martha O’Donovan, who is represented by Obey Shava of Zimbabwe Lawyers for Human Rights, posted a tweet on her profile during the recently held Shoko Festival, which referred to a certain Goblin, whose wife and step sons imported a Rolls Royce vehicle. However, the reported offensive and insulting tweet does not make any mention of the President’s name.