A UK based Zimbabwean lawyer has written a trending article advising British Prince Harry on his marriage plans with the US citizen, Meghan Markle. The development comes after Harry who previously dated a Zimbabwean beauty Chelsy Davy announced he is taking Miss Markle as a wife. 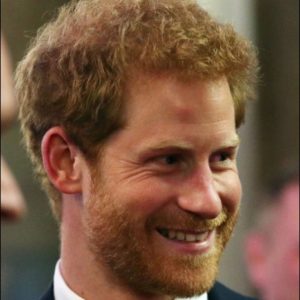 Now Prince Harry, you are in uncharted territory with this whole exotic, divorcee, non-British route you have taken. We will all have to make it up as we go.

There are four certificates which you will need. There is the marriage certificate itself – worth its weight in gold if you ask me. Then a TB certificate (they don’t want infectious diseases here, thank you very much). Then an English test certificate, unless you can prove that your woman is from a majority English speaking nation. America is indeed one but listening to that coiffured president of theirs, it is not so apparent.

And finally, dear chap, a divorce certificate. I understand that your lovely young lady was eh, with another before you? It’s the whole thing about preventing bigamy and harems and all that nasty stuff which the natives are won’t to do.

You will then need to show the Home Office that you have an income; a minimum of £18,600 per annum. Again, documents dear old chap, documents. Six months of payslips. Six months of bank statements. And a letter from your employer showing when you began work, whether you are full time or part time and your gross and net wages. Now I suspect that may be a bit of a challenge for you old chap, seeing as you are always here and there globetrotting, but savings can do just as well. And that is a minimum of £62,000.

They are not too keen on benefits scroungers so careful how you go, dear chap. There are whispers in certain circles that you are one.

Of course gran could vouch to support you and your young family. She does have a bob or two your gran, doesn’t she?

Then there is the important matter of accommodation, or in your case, a suitable castle for a suitable princess. I know you live in palatial quarters but, do you own or have exclusive use of them? You will need a letter to prove this. Perhaps your gran could oblige?

Then finally, dear chap, you will need to prove that this one is genuine and subsisting. That it is not a fleeting romance. A fling, as the Americans call it. You have had a few of those to be fair, even with a Zimbabwean at one time if the tabloids are to be believed, and as your latest one was previously married, there may be doubts, you see.

If all fails, give us a tinkle at Genesis Law Associates. We would not mind at all coming to the castle to take instructions, wink wink.