HARARE- The High Court has postponed to January 4 the trial of a U.S. citizen Martha O’Donovan who is alleged to have undermined the authority of former Zimbabwean president Robert Mugabe's government. 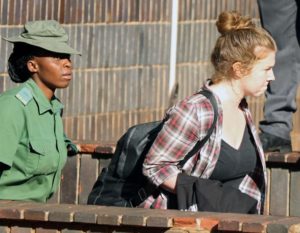 O`Donovan is currently on bail is accused of calling 93-year-old Mugabe a “selfish and sick man”.

Mugabe was forced to resign a few weeks ago following a de facto military coup.

Former vice- president Emmerson Mnangagwa, who Mugabe had dismissed from both the ruling ZANU (pf) party and government has now been installed as the president.

When O’Donovan appeared before high court judge Clement Phiri for bail last month,  the judge was less than impressed by what he termed a “patent absence of facts” in the state’s case against her.