The Combined Harare Residents Association (CHRA) has noted with serious concern the use of force by the military, riot police and municipal police to drive away vendors from Harare’s Central Business District (CBD). 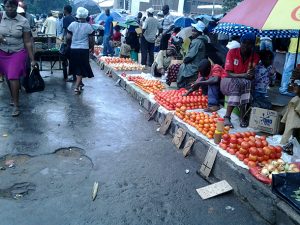 Harassment of vendors by the army, police and municipal police must be condemned in the strongest of terms.

CHRA fully appreciates the need for a clean city but it has to be noted that vending has been a direct result of the economic collapse which has relegated the majority of Zimbabweans into abject poverty.

It is a well known fact that unemployment in Zimbabwe has over the years ballooned to unimaginable levels (at over 90%) due to a litany of factors that include corruption and abuse of public funds.

It is quite evident that most of the vendors in Harare are simply victims of maladministration yet they are treated as outlaws when they try to eke a living from vending.

Government must concentrate on addressing the economy and creating jobs rather than launch a clampdown on livelihoods in the name of restoring order.

The Harare City Council has also tried to justify its clampdown on vendors on the basis that vending was responsible for outbreaks of diseases such as cholera and typhoid yet the local authority has apparently failed to address the major drivers of the diseases such as water shortages, poor sanitation and non-collection of refuse.

CHRA implores responsible authorities to desist from concentrating on window dressing measures and focus on the real issues that have led to the multi faceted crisis in Zimbabwe.